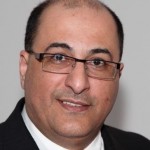 Speaking at the culmination of a weekend devoted to Har Hazeisim in the Five Towns, Ambassador Ido Aharoni, Consul General of Israel to New York, assured rabbis and community activists from the area that “the administration of Prime Minister Benjamin Netanyahu will do everything in its power to secure this holy and ancient cemetery.” Ambassador Aharoni spoke on Sunday morning at the Young Israel of Lawrence Cedarhurst, where he told the assemblage of his “personal connections” to Har Hazeisim, where some of his family is buried. He spoke of the significance of the cemetery to Jewish history and the founding of the State.

The ambassador was introduced by Menachem Lubinsky, founding co-chair of the International Committee for the Preservation of Har Hazeisim, which sponsored the event. His brother Abe Lubinsky was the impetus behind the founding of the organization in May 2010. In his introduction, Mr. Lubinsky said that it was unacceptable to have Arab schoolchildren throw rocks at mourners, trample on graves and use the cemetery as a soccer field. “They obviously do not share our values of respect for the dead and have no perception of a cardinal tenet of Judaism which is kavod hameis.” On Shabbos, Mr. Lubinsky served as scholar-in-residence at the Young Israel of Woodmere, where he was introduced by its spiritual leader Rabbi Heshy Billet. Well over 1200 people attended his droshoh in the morning and later his historical review of the 3000-year old cemetery.

The chairman of the Sunday morning session was attorney Charlie Miller of Woodmere, who is a prominent member of the ICPHH. He introduced Rabbi Moshe Teitelbaum, the spiritual leader of the Young Israel of Lawrence- Cedarhurst. Rabbi Teitelbaum recounted that his ancestors were buried in a small Polish town where “one might expect the desecration of graves, but how can we accept such a disgrace in Yerushalyim?”

As special guest of the morning was the high school classmate of Rabbi Teitelbaum, Rabbi  Moshe Tuvia Lieff, Rav of Agudas Yisroel Bais Binyomin of Flatbush, who last Sunday hosted a huge outpouring of support for securing and developing Har Hazeisim in his home. Rabbi Lieff reminded the assembled that the “Jordanians destroyed some 60,000 graves to build a hotel, roads and neighborhoods with tombstones over the bones of thousands of Jews, when the Nazis in their march through Europe destroyed 12,000 graves to build roads for their advancing tanks.” He added: “Can you imagine that it is still on the table to one day have an international force there including the Jordanians. It is time to take this off the table!”

The assembled also saw two powerful videos including an address by Malcolm Hoenlein, the Executive Vice Chairman of the Conference of Presidents of Major American Jewish Mr. Hoenlein is a prominent member of the ICPHH. Organizations during a gathering of more than 1000 people at the Great Synagogue in 2012. Speaking of the Arabs who destroy graves and throw rocks at mourners, he said: “they seek to deny us our past because they know that our past is the key to our future.”

Har Hazeisim is the oldest surviving Jewish cemetery in the world, dating back over 3,000 years and is the resting place for over 150,000 Jews, dating back to the nevi’im and including leading admorim and roshei yeshiva. Despite being in Israeli hands, the cemetery remained largely neglected until May 2010 when Israel’s State Controller Micha Lindenstrauss issued a stinging report on the neglect and abuse of Israel’s second holiest site. He blamed successive Israeli governments for virtually neglecting the cemetery. This shocking report prompted Mr. Lubinsky, a Brooklyn NY businessman, to create the International Committee for the Preservation of Har Hazeisim.

The Committee is planning an intensive lobbying effort, as well as a broad educational program to make Har Hazeisim safe and an important holy site where Jews can retrace the 3000-year old history of the Jewish people. It is also planning to join with the government in funding many projects including a Visitor’s Center, shul, signage and beautification program.