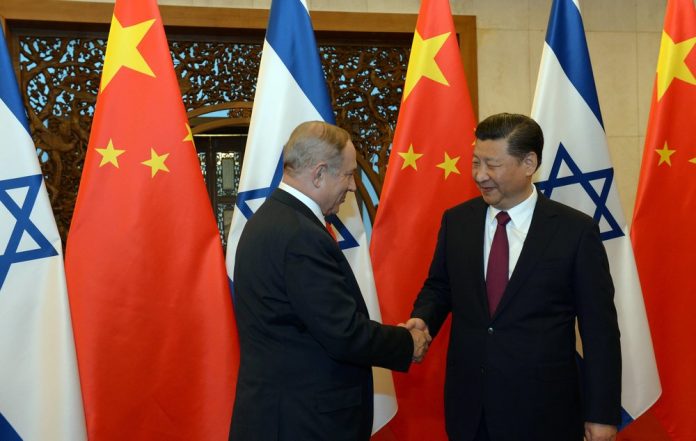 Israel will form an interagency government body to oversee fragile commercial agreements involving foreign businesses, according to US and Israeli officials, similar to the US’s Committee on Foreign Investment.

This effort has occurred in recent months, but has incurred additional urgency due to recent objections from US and Israeli security officials about Chinese investments, including US National Security Advisor John Bolton, US Deputy Secretary of Energy Dan Brouillette and Israel’s domestic spy chief.

American and Israeli officials noted that they are especially alarmed about increased Chinese activity in Israeli firms whose products have both commercial and military purposes, such as artificial intelligence and drones.

They also seem concerned about China using Israeli firms to discover US secrets and about Beijing passing on Israeli technological specifics to its ally, Iran, an enemy of Israel.

“We are all concerned about theft of intellectual property and Chinese telecoms companies that are being used by China for intelligence gathering purposes,” a senior Trump administration official told The Wall Street Journal.

China has pushed back against the criticisms. Chinese Foreign Ministry spokesperson Hua Chunying said last month that America “has been abusing ‘national security’ to smear and strike down normal business activities of Chinese enterprises.”

She added that the United States has “consistently ignoring facts and seeing enemies wherever it looks.”