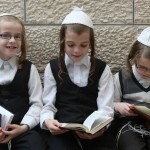 As told to Chaia Frishman

The chazzan begins to hum the familiar tune of Unesaneh Tokef. Familiar, not because I’ve heard its melody in shul for the last few decades, but it is a part of me as I see its consequences every waking day of my life.

As the Associate Director of Project Chai, Chai Lifeline’s Crisis Intervention, Trauma and Bereavement Department, as well as the mental health responder for Hatzaloh in the Five Towns and Far Rockaway, I am involved in responding to every  type of crisis, trauma and tragedy that affects the Jewish Community locally, nationally and internationally.

I turn to this epic piyat and the words jump off my machzor’s page.

c Tokef. Let us begin to relate the power of the day’s holiness, to the power of the tefilla’s meaning…but do we really? Can we, with our litany of requests from Hashem,  really connect with the concept that it’s a “Yom…Norah V’ayom awe and fright?  Not just a day to put in our demands for the coming year.

The images continue. Kevakaras Roeh Edro, like a shepherd tending His flock….

All those who surround me look into their machzorim and imagine sheep following sheep, being counted, calculating their worth, to be chosen for life, or death. I too, can’t erase the visions of flocks of pure white, but I think not of the snowy white lambs, but of the ivory souls of children whose lives I embraced, nurtured and mourned over the past 19 years. I close my tear-filled eyes and see how each part of Unesaneh Tokef is enumerated.  I see a child lost, a family forever changed. The powerful meaning of the words stings my soul.

The only salve to that pain is expression. Perhaps through sharing some of my experiences, albeit painful to hear, you will be inspired to find true meaning in the words and together we can daven, scream, beseech Avinu Av HaRachaman to put an end to all the tzaros of klal yisroel.

It is hard to imagine that many parents chanted this very prayer just one year ago, never fathoming that the lives of their children hung in the balance on that Rosh Hashana day.

On Rosh Hashana it is written and on Yom Kippur it is sealed.

Who will live and who will die?

These are not just words to countless families who struggle now to live with the new reality of an altered family structure. They lost a piece of their collective heart.

Who in the right time, and who prematurely?

Is any age the right time?

Can one conceive of a son dying at 3 or even 33 years old?

Young! How can that be the right time? Barely past an upsherin, there is a bar mitzvah, yeshiva,wedding all scheduled for the future!  And then children of his own. After all, we davened L’Torah L’chuppa u’lemaasim tovim at his bris. He needs more time! Potential good deeds, no longer viable. What about a bas mitzvah girl killed tragically in an instant? A mother’s  dream of walking her daughter to her destiny to building a bayis neeman  now shattered.

What of those parents who never made the kiddush or bris at the right “time” as their journey to physical parenthood  ended before birth? The death of a child is never B’ktzo for a grieving parent, however our Emuna that Hashem only knows B’ktzo, the right time for each, sustains us.

Playful and joyous are the visions of our children swimming and boating on hot summer days. I shudder at visions of those drowning victims. Beautiful photographs flash before me.  I only meet these families immediately after the tragedy. I walk into a home and see frames filled with pictures of toothless grins, group shots at family barbecues, or moments preserved from visiting day.

I tremble as my mind pictures the faces of seven siblings, cherubic countenances lost, engulfed by flames.

How could praying shachris end in a bloodbath? Why should returning home from the dorm on Thursday be a deadly proposition for our three yeshiva boys?  Why should a young girl’s returns from an oneg a Shabbos changes her life forever as she discovers most of her family massacred?  A European grocery trip turned deadly is unfathomable.  Deaths from violence, brutal murder and unprovoked evil are unheard of  to our peaceful tribe of Israel. I smell the stench of its consequences too often, whether I am intimately involved with the bereaved family, or apprised of  the countless incidents of trauma caused by terror attacks in Israel, France or America. Whether there in person or when victims’ communities reach out to our organization, physical distance is never a barrier for us to give professional advice which sometimes manifests as a personal hug across the globe.

A young child attacked by wildlife in the otherwise idyllic countryside. Hashem Yishmor.

Who by hunger, who by thirst?

It’s mind boggling to consider starvation in our neighborhoods.  But in the 21st century, in the suburbs, a cornucopia of food can never revive those deteriorating from an eating disorder. On Yom Kippur, my 25 hour fast begs thirst-quenching life of water, yet my body’s needs are dulled by the pain of remembering the vision of a father watching a living skeleton, his preteen daughter, as she fades away before his eyes. And what of those children who died from food-related deaths; choking, allergic reactions or food borne contamination?

Hurricanes, torrential floods, earthquakes. New York, Texas, Nepal. Natural Disaster doesn’t discriminate by  global zip code. A family losing the safety of their home is something I’ve seen too often in my line of work. It’s heart wrenching to witness the demise of stability, the casualties and loss expressing itself in a myriad of ways.

For a mother to watch her child suffer and perish slowly as a result of cancer or other terminal illnesses is debilitating. It rips your heart apart. Prior to my trauma work I was one of the directors of Camp Simcha and Camp Simcha Special, Chai Lifeline’s camps for children with cancer and other long term illnesses. There I stared maagaifa in the eye. I saw it sadly triumph and engulf precious children’s bodies and ultimately take their lives. As I continue seeing the scourge of disease test families through my current work, it never gets easier.

Imagine the horror of suffocation. Or the victim who succumbs to their battle with cystic fibrosis and lungs that were too sick to sustain them, or the child smothered by the sand tunnel he innocently was building on the beach.

Sticks and stones may break my bones but words will never harm me. If only. Victims of abuse; physical, sexual or emotional die literal deaths and figurative deaths daily.  Stoning also connotes images of vehicles hitting children innocently walking, biking and skateboarding. A simple hike on a stony trail has led to some  literally falling to their death.

Some mothers awake in the morning to find their child has not and will not ever wake up again. Misa Neshika.

Restful, without apparent suffering, but torturous and unexpected.  Some are forced to watch their child linger in a death-like coma for weeks, months even years, and never expected to be revived.

Which deaths will be sudden, shocking, traumatic, jarring and which expected, prolonged, anticipated yet dreaded?

Which families will suffer the private consequences of emotional disease? A child who feels that  taking his own life is his only refuah.

Yes even in our times  in our own communities, there are families who live in such extreme poverty that their very existence is death-like and may even lead to actual death. The degradation that the children feel as a result is enough to kill them.

Throughout saying Unesaneh Tokef, my tear-filled eyes have seen visions of these precious souls who are no longer with us.  My ears hear their cries. My heart is  filled with a multidimensional sense of humility, an all -encompassing feeling of gratitude, and an abundance of strength granted by Him.

In shuls around the world, the Chazzans complete their Unesaneh Tokef. I humbly beseech you, my fellow supplicants, to connect to the words of Unesaneh Tokef  as it lingers . Open your eyes to see the children we lost and picture the ones we continue to pray for. Attune your ears to listen to their haunting cries. Open your hearts to the emotions, the heavy sadness, coupled with the appreciation and the gifts  He sends us. Together OUR mouths should be nothing less than a never-ending vessel of  intense prayer that the coming year be one void of pain for these families and filled with bracha for all of Klal Yisroel.