The Federal Aviation Administration today suspended yet another air traffic controller for sleeping on the job, the seventh apparent incident this year the agency has disclosed.

The incident occurred at the Miami Air Route Traffic Control Center during the midnight shift early Saturday morning, two days before the FAA is expected to conduct meetings on air traffic control safety and professionalism, the FAA reported.

According to a preliminary review of air traffic tapes, the controller did not miss any calls from aircraft and there was no operational impact, the agency said in a statement. The incident was reported to a manager by another controller, the FAA said. There were 12 controllers and two managers on duty.

Last week, Hank Krakowski resigned as the head of the FAA Air Traffic Organization amid revelations that several controllers fell asleep on the job this year.

All the incidents occurred during the midnight shifts, but the similarity ends there. Some occurred at local control towers, one occurred at a regional radar facility and the latest at a high-altitude center. In at least one incident, the FAA has said the controller deliberately went to sleep, while some of the others appear to have been accidental.

Prior to the start of the midnight shift at the Miami facility, all the controllers were given a briefing on professionalism and the importance of reporting to work fit for duty, the FAA said.

The controller who fell asleep has been suspended, the agency said.

Other incidents of sleeping controllers have been reported in Washington, D.C.; Knoxville, Tennessee; Seattle, and Reno, Nevada. There have been two suspected cases in Lubbock, Texas.

FAA Administrator Randy Babbitt disclosed the latest incident in a statement saying he is prohibiting scheduling practices that may be contributing to fatigue. The changes will be effective within 72 hours, Babbitt said.

Paul Rinaldi, head of the controller’s union, said Saturday his union and the FAA agree that fatigue and scheduling must be addressed.

“This latest incident earlier today is of great concern, as it is never acceptable when we don’t provide the level of service expected and required of us on every shift. We take our responsibilities very seriously and believe fatigue is a significant factor in these instances,” he said.

Babbitt and Rinaldi on Monday will begin a cross-country tour of air traffic control facilities. Their first stop will be at an Atlanta-area regional radar facility.

“We are taking swift action to ensure the safety of our aviation system,” Transportation Secretary Ray LaHood said in a statement Saturday. “There is no excuse for air traffic controllers to be sleeping on the job. We will do everything we can to put an end to this.”

On Thursday, Krakowski, resigned amid the furor caused by the controversy. David Grizzle, the FAA’s chief counsel, was named acting chief of the unit during a search to fill Krakowski’s post.

“We are taking important steps today that will make a real difference in fighting air traffic controller fatigue,” Babbitt said. “But we know we will need to do more. This is just the beginning.” 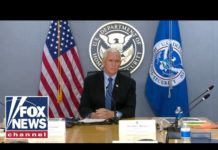 Watch: Pence Assures The Public That Inauguration Day Will Be ‘Safe’ 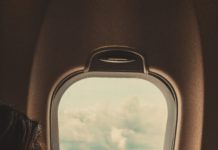 US Airlines Back Biden Plan To Mandate Masks For Passengers