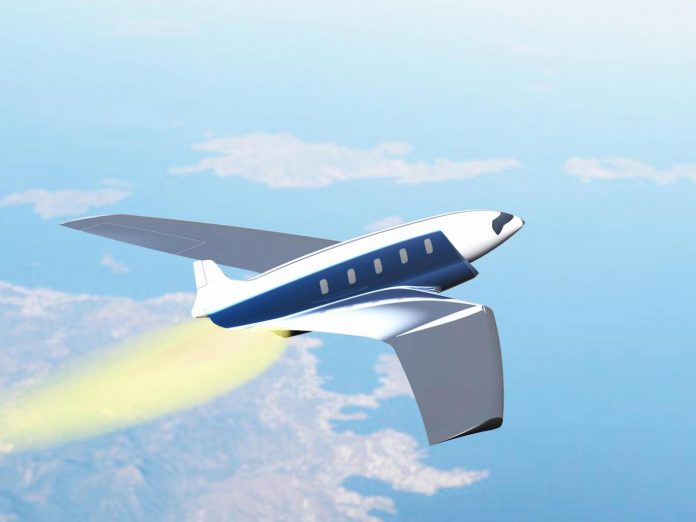 A next-generation plane could get passengers from London to New York in just 20 minutes, its creator has suggested, The Independent reports.

The idea for the jet, called the Antipode, came from Canadian designer Charles Bombardier.

His design would see a new technique called “long penetration mode” used to help the plane reach speeds many times faster than current jets are capable of.

The jet would seat ten passengers and take off from a normal airport runway. It would then apparently use rocket boosters to climb to 40,000 feet and then deploy its “supersonic combustion ramjet engine” to reach speeds of Mach 24 – ten times faster than Concorde and 21 times the speed of sound. It would be able to fly at close to 16,000 miles per hour, compared to a normal Boeing 747 jet’s top speed of 570 miles per hour. Read more at The Independent.