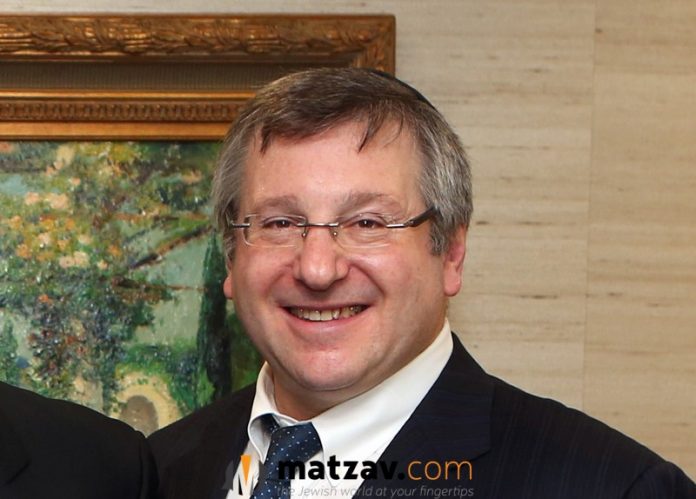 When Dr. Kasriel Roberts had the idea to organize some rides in his backyard on Chol Hamoed, he never envisioned how big of an undertaking it would turn out to be. The idea was to supply free-of-charge entertainment for Lakewood families, and the importance was clearly portrayed by the event’s runaway popularity. Now, safety concerns created by the growing crowd size threaten to bring an end to this Lakewood tradition.

“When I first started, I was surprised when 300 people showed up,” Dr. Roberts reflected this week to the Yated. “Within a short while, we had to expand into the property next door, but even with the extra space, the event quickly outgrew the yard.”

Within a few years, the carnival’s location was moved to Lakewood’s Pine Park, and it was eventually relocated to the Lakewood Cheder on Vassar Avenue.

A few years ago, the number of participants exceeded 13,000. With the ever-growing crowd, however, came new challenges.

“This past Pesach, it began to rain during the event,” Dr. Roberts relates. “The crowd moved indoors, and most of the entertainment continued inside the Cheder. The building, though, was not equipped to safely hold such a large crowd.”

After the event, the Lakewood Police Department and Chaveirim explored options to make the event safer in the future. They determined that controlling the crowd size was the only way to ensure the safety of all the participants. This, too, came with its own set of challenges.

“This Sukkos, Chaverim closed the parking lot when they determined that the crowd size had reached its maximum safe capacity,” Dr. Roberts explains. “It didn’t work to dissuade people, though. Cars parked along the road, as far as a mile away from the event. It posed a number of hazards along the road. There were no sidewalks in many of the areas, and families were walking there exposed to oncoming cars.”

Seeing that the Cheder lot was no longer a viable option, Chaverim and the Police Department suggested that the event relocate to Blue Claws Stadium on New Hampshire Avenue, which would be equipped to handle the influx of carnival-goers. But taking such a jump gives pause to Dr. Roberts.

“There is a concept in business called an inflection point,” he explains. “It is when you come upon a turning point, a change in trajectory. It is a time to stop and think if this is what you want to continue doing. Before moving the once-backyard-event to a sports stadium, I have to contemplate if it is something I should continue doing.”

He confides that it is not a simple matter to walk away from such a momentous phenomenon, as the positive effect on the community is tremendous.

“I have connections with many high-level, powerful people and politicians,” he says. “But the things I value most are the scribbled, colored thank-you letters that I get from kids, often with pictures of cotton candy or rides or nosh drawn on them. I show them to my family at the Shabbos table. I hate to have to give up on all the joy that we give the kids.”

Keeping the event going would bring its own set of logistical issues, including the lack of indoor space at the stadium – a must when shows are booked too far in advance to take weather forecasts into account. A massive tent would have to be constructed, another obstacle in the already complex preparations.

Some have suggested splitting the event between two days in order to limit the number of attendees each day. But doing so would open the door to more issues.

“The event costs $60,000 per day,” Dr. Roberts notes. “Adding an extra day would bring the cost up to almost a quarter million dollars each year. While I would be willing to do that, it also would double the workload, and would raise the chances of a rainout. It’s just too complicated.”

“I haven’t made a final decision yet,” he concludes. “But this is definitely an inflection point. I have to carefully consider the options going forward.” 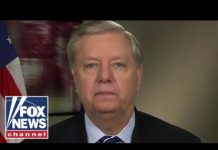 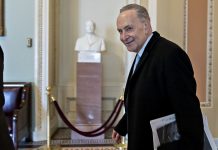 N.Y.’s Schumer Admits To Spending Nearly $9,000 On Cheesecake, ‘My Guilty Pleasure’ And A Favorite Gift

Leave a Reply to A proud admirer Cancel reply