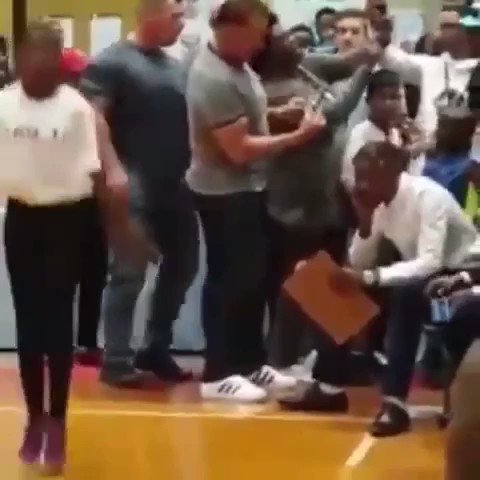 A video posted on Twitter showed a man in South Africa assaulting former California Gov. Arnold Schwarzenegger by rush past the 71-year-old’s security and landing a jumping kick on Schwarzenegger’s back before guards swarmed the man, detaining him and carrying him away.

Despite the man’s running start, the former governor appeared uninjured by the attack and later posted a video of himself greeting fans on Twitter while adding in a subsequent message that he thought he had been “jostled by the crowd.”

“Thanks for your concerns, but there is nothing to worry about. I thought I was just jostled by the crowd, which happens a lot,” he wrote. “I only realized I was kicked when I saw the video like all of you. I’m just glad the idiot didn’t interrupt my Snapchat.”