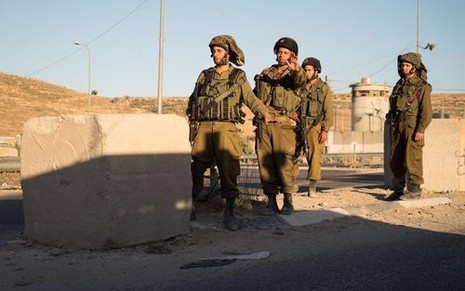 A suspected car-ramming attack on Tuesday at a West Bank checkpoint ended with no casualties to Israeli forces, Hebrew media outlets reported.

Police officers shot and killed the suspected terrorist at the scene as additional security forces made their way to the site — a Border Police checkpoint known as “HaKiosk” near the Jewish settlement of Kedar.

“A short while ago near Jerusalem in the area of Abu Dis a suspect [driver in a] vehicle attempted to run over a Border Police officer,” Police Foreign Press Spokesman Miki Rosenfeld said in a statement.

“Border Police responded at the scene by opening fire at the vehicle. The terrorist was shot… no Border officers were injured.”