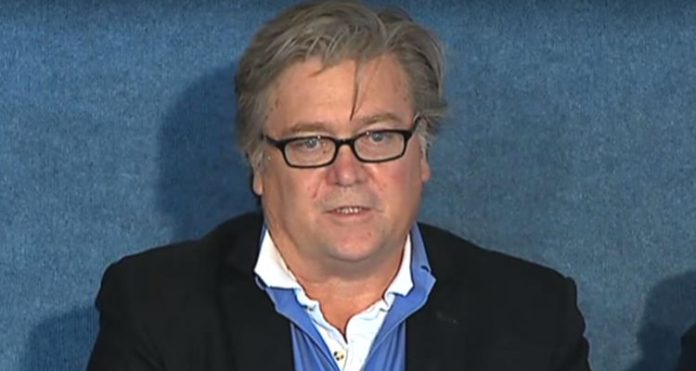 Former top White House strategist Steve Bannon has agreed to be interviewed by Special Counsel Robert Mueller’s team, but his lawyer pushed back against House investigators’ demands for an audience Thursday afternoon, arguing there is insufficient time to get the White House’s sign-off on what Bannon can discuss.

The discrepancy has touched off a bitter dispute between lawmakers and the Trump administration about the extent to which President Trump may try to assert executive privilege and block the testimony of witnesses before congressional panels investigating Russia’s interference in the 2016 election.

Bannon appears prepared to cooperate with the special counsel’s Russia probe. After receiving a subpoena last week to appear before a grand jury, the former Trump strategist is instead going to be permitted give a voluntary interview to Mueller’s investigators, a session that is likely to be held before the end of the month, according to a person familiar with the arrangement.

But on Tuesday, the House Intelligence Committee unsuccessfully used a rare subpoena to attempt to force Bannon to respond to questions that his attorney said he could not answer until the White House determined what topics could be subject to executive privilege.

In a rare bipartisan display of solidarity, Republican and Democratic lawmakers on the panel joined in criticizing the administration’s move, saying they must preserve Congress’s ability to conduct independent investigations.

Senior GOP member Thomas Rooney, Fla., called it “an institutional issue . . . not a partisan issue,” while ranking Democrat Adam Schiff of California said Congress “cannot allow a precedent where the White House can simply say, with no invocation of privilege that . . . ‘we’re simply going to deny Congress information.'”

Schiff and Rep. Michael Conaway, R-Texas, who is leading the panel’s Russia investigation, sent a letter Wednesday to Bannon’s lawyer, William Burck, insisting that Bannon return to Capitol Hill on Thursday at 2 p.m. to comply with the subpoena.

Conaway and Schiff instructed Bannon to be prepared by Thursday “to answer all questions for which there has been no claim of privilege asserted” and to “work with the White House to expeditiously clarify the precise scope of any executive privilege claims the president may wish to invoke,” according to a letter obtained by The Washington Post.

Burck objected to the subpoena in his response, claiming that the 24 hours the committee afforded him to sort out the White House’s potential claims to privilege was “plainly insufficient time” – particularly if the committee wants Bannon’s testimony to be accurate.

In a letter back to the committee Wednesday, Burck suggested it would be “unprofessional and possibly unethical to expect to depose a witness who has had no opportunity to review relevant documents,” concluding it would be “unreasonable” to expect Bannon to comply with the request by Thursday afternoon.

The White House has not yet made a formal claim of executive privilege with the committee, and it remains unclear whether the administration will instruct other top officials not to discuss certain topics.

White House spokeswoman Sarah Huckabee Sanders would not say Wednesday what scope of executive privilege Trump might claim or how long it would take to work that out, noting that “Congress should consult with the White House before obtaining confidential material,” and that “we want to follow through on that” process.

Inside the White House, the counsel’s office felt blindsided by the types of questions being asked Tuesday of Bannon, whom they expected to be queried by committee members about his work on the presidential campaign but not about his time in the executive branch, according to an official involved in the discussions.

When Democrats and Republicans began to press Bannon about his tenure in the White House, Burck alerted associates inside the counsel’s office to the line of questioning, and they raised concerns about its scope, the official said.

The counsel’s office, led by Donald McGahn, told Burck that the committee was “getting ahead of itself” if it was asking questions about the executive branch, the official said, adding that the committee has not yet come to a formal agreement with the White House about what information it could claim as privileged.

Burck, who also represents McGahn in the Russia probes, agreed with that White House position and advised Bannon to decline to answer non-campaign-related questions, according to several people familiar with his testimony.

Panel members insisted Wednesday that they never agreed to limits on Bannon’s testimony.

“Nobody understood that at all” to be a condition of the interview, said Rep. Peter King, R-N.Y.

Schiff said that a GOP staffer was told ahead of time that Bannon would refuse to answer certain questions, but that his resistance “came as quite a surprise to our entire committee.”

Several panel members expressed alarm that Bannon’s lawyer suggested the White House might assert executive privilege over the transition period, when Trump was not yet serving as president.

A person familiar with the situation said that any executive privilege asserted by the White House with regard to Bannon would not extend to an interview by Mueller, who is also an executive branch official, and that Bannon intends to cooperate fully with the special counsel’s investigation.

But the tense exchange of letters between Burck and the committee is putting Bannon’s expected congressional testimony into doubt.

The standoff has put the committee on high alert as it holds interviews with other members of Trump’s inner circle this week, including White House communications director Hope Hicks, who is expected to speak with the panel on Friday.

Schiff praised Dearborn for answering “every question that we asked” with “no claim of privilege . . . and no attempt to hide behind a potential later invocation of privilege by the president.”

Lewandowski told the panel that he was not prepared to answer certain questions about his interactions with Trump’s team because he had assumed the committee would ask him only about his tenure managing the Trump campaign, which ended in June 2016.

The former campaign manager did not make a claim of executive privilege, expressing a willingness to return to answer the queries after having more time to consult with his lawyer, according to people familiar with his testimony.