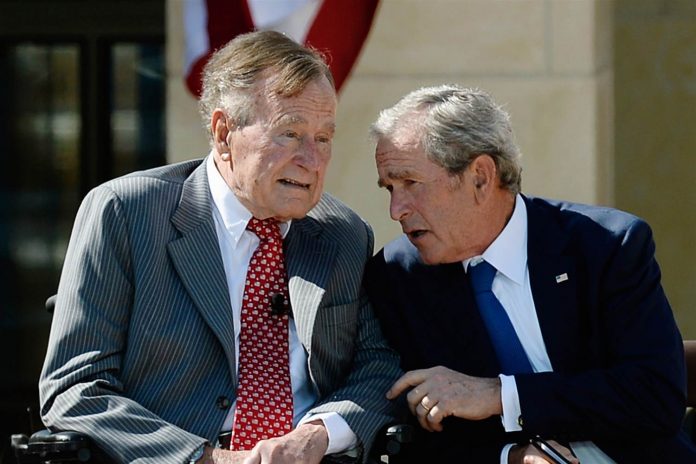 Barbara Bush, the 92-year-old former first lady of the United States, is in failing health and will not seek further medical care, according to the office of former president George H.W. Bush.

A person close to the family said Barbara Bush has been suffering from a lung disease called chronic obstructive pulmonary disease and congestive heart failure.

After several recent hospitalizations, Bush has decided to focus on care to keep her comfortable instead of additional treatment, the statement said.

Barbara and George H.W. Bush received a standing ovation at the Super Bowl in 2017, shortly after they were both discharged from a Houston hospital for different reasons. Barbara Bush had bronchitis. In October, she attended a benefit concert at Texas A&M University to raise funds for hurricane relief.

“It will not surprise those who know her that Barbara Bush has been a rock in the face of her failing health, worrying not for herself – thanks to her abiding faith – but for others, the statement said. “She is surrounded by a family she adores, and appreciates the many kind messages and especially the prayers she is receiving.”

Support and prayers for the Bush family began to flow in from both sides of the aisle.

House Minority Leader Nancy Pelosi, D-Calif., tweeted that Bush “is a comfort to her friends & family teaching us all how to live full of faith, love & humor.”

Nikki Haley, the U.S. ambassador to the United Nations, sent prayers “for a woman of great faith, great strength, and an unwavering love of country” on Twitter.