A photo in which U.S. President Barack Obama is seen holding a baseball bat while speaking on the phone to Turkish Prime Minister Recep Tayyip Erdogan has sparked outrage among the Turks, who interpreted the photo as an insult to Erdogan. The Turkish prime minister is considered to have a close relationship with the American president.

The phone conversation in question took place on Monday, when the two leaders discussed the escalating violence in Syria. Shortly after the chat, the White House issued a photo of the president holding the phone in one hand and a baseball bat, signed by baseball legend Hank Aaron, in the other.

“The photo reveals from whom our prime minister receives orders to rule the country,” Metin Lutfi Baydar, an opposition politician for Turkey’s Republican People’s Party (CHP) party, said in a statement.

Another CHP leader, party Vice President Umut Oran, called the picture “an implicit insult to Turkey and its citizens” in parliament, asking whether Erdogan planned to issue a response.

In response, White House spokeswoman Caitlin Hayden issued a statement insisting the “we released the photo with only one purpose in mind, to highlight the president’s continuing close relationship with Prime Minister Erdogan and draw attention to the important conversation they had about the worsening situation in Syria.”

“The president values his friendship and close partnership with Prime Minister Erdogan on a range of important issues on which the United States cooperates with Turkey,” she wrote.

Meanwhile, in Turkey, not everyone was taking the photo too seriously. A columnist for the major Turkish newspaper Hurriyet proposed a retaliatory photo: “Our prime minister should hold something in his hand while speaking to Obama – slippers, a belt or a rolling pin.” 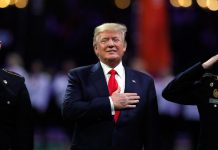