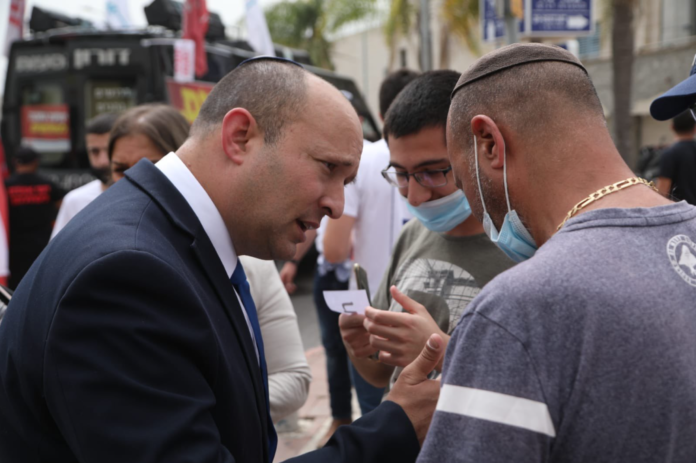 Yamina leader Naftali Bennett told his party’s lawmakers Sunday that he intends to join with Yesh Atid leader Yair Lapid in forming a coalition, a move that, if completed in the next few days, would end more than 12 consecutive years of rule by Prime Minister Benjamin Netanyahu.

At a special faction meeting in Ra’anana, where he lives, Bennett updated Yamina MKs on developments in coalition talks over the past few days and explained to them why he was leading the party into the so-called “change bloc” of parties seeking to oust Netanyahu.

Netanyahu’s Likud, in response, accused him of deceiving his voters and seeking to become prime minister at all costs.

With Bennett on board, and indeed set to serve first as prime minister in a tentative rotation agreement between them, Lapid and his improbable mix of anti-Netanyahu partners from across the political spectrum would appear to have enough Knesset support to oust Netanyahu. However, the possibility of lawmakers  defecting or absenting themselves, combined with Israel’s fast-shifting current affairs, means that uncertainty will prevail until the Knesset approves a new government, with a vote on that not expected for several more days. The nascent coalition apparently has the support of 61 MKs in the 120-seat Knesset, so even a single defection could deprive it of a majority.