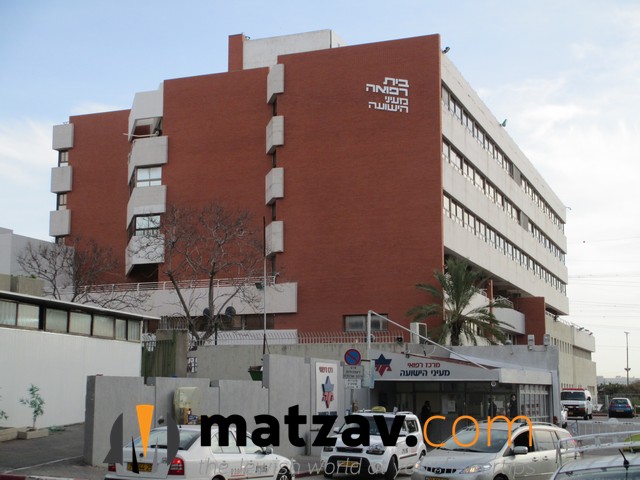 No fewer than five cases of meningitis have been diagnosed in children in Bnei Brak over the last two months, sowing fear throughout the city.

The Israeli Health Ministry says that, according to laboratory results, the illnesses are all different varieties of meningitis.

Two of the children are said to be in serious condition.

A six-month-old baby was hospitalized in critical condition last week at Schneider Children’s Hospital. Three weeks ago, a ten-month-old toddler was diagnosed with the illness.

In addition, over the last seven weeks, another three cases of meningitis were reported following a rash of violent bacterial infections among children and toddlers in Bnei Brak.

The Ministry of Health has called for hospitals to increase vigilance, provide prompt treatment, and report any additional cases that arise.

The Ministry of Health added that they “do not see a connection between the cases, except mere coincidental details.”

The first case occurred in late June, when a toddler from a Sanzer family was admitted to Mayanei Hayeshuah Hospital. Later, he was hospitalized in the intensive care unit at Schneider’s Hospital.

Later, a 6-year-old boy who attends the Satmar Talmud Torah in Bnei Brak was hospitalized at Sheba Medical Center with meningitis.

The next day, another 6-year-old boy was hospitalized in Bnei Brak with meningitis. The only connection between these last two children is the proximity of their chadorim.

“This is an abnormal accumulation of cases,” said the Health Ministry. “In each case, we have interviewed the patient and their family, and given preventive antibiotic treatment to all who came in contact with him. We cannot prove that one patient infected the other, and we have no explanation for this large number of cases.”

According to the Ministry of Health, by the end of July, 54 cases of meningitis were reported in Israel over the prior year, a significant increase from 32 cases in the same period the year before.