Evo Morales, South America’s longest-serving president and a towering figure for the region’s left-wing movements, resigned after election irregularities triggered weeks of violent clashes and intervention from the armed forces.

Morales said he was leaving office to avoid violence, adding that he wouldn’t flee the country, since he hadn’t stolen anything. He pointed to the economic progress of the country and said in his resignation speech that he was the victim of a coup and called for the international community to intervene.

The nation plunged into more chaos late Sunday with reports of fires and looting, as well as confusion over the succession after the three officials who were next in line to replace Morales stepped down.

On Sunday night, Morales said on Twitter that the Bolivian police had an arrest warrant for him, and that violent groups had attacked his home.

Morales’s resignation caps three weeks of political violence in the landlocked nation. While he presided over respectable economic growth under a socialist-light model, his desire to cling on to power after almost 14 years even after losing a referendum ultimately led to his downfall. His exit also coincides with a period of social unrest in recent weeks across South America, from Ecuador to Chile, amid austerity programs and cuts in social programs and subsidies.

Bolivia’s top soldier Gen. Williams Kaliman Romero earlier said Morales should step down to restore peace to the country. The governments of Mexico and Venezuela, as well as Argentine President-elect Alberto Fernandez, echoed Morales in denouncing the events as a coup.

The move by the army came after some police on Saturday abandoned their posts, including those guarding the presidential palace in La Paz, the capital. In some cases, they joined protesters, according to The Associated Press. Protest leader Luis Fernando Camacho had also called for Morales’s resignation.

Morales resigned hours after ceding to pressure to hold new elections. The embattled leader had agreed to the new vote after the Organization of American States published a report saying the Oct. 20 presidential election had been marred by irregularities.

Morales took office in 2006 and was the lone survivor of the so-called pink tide of leftist leaders that reshaped the continent’s politics during the 2000s. Unlike his ally Nicolas Maduro in Venezuela, he presided over strong economic growth, rising incomes and falling poverty. But his democratic credentials were questioned after he ignored the result of a 2016 referendum on presidential term limits.

Before he quit, Morales didn’t set a date for new elections, and it’s unclear when these will be held.

Mexican Foreign Minister Marcelo Ebrard said in a tweet that his government rejects the “military operation” that removed Morales. He also said the Mexican government has received 20 Bolivian executive and legislative officials seeking asylum at the nation’s official residence in La Paz, and would offer the same to Morales.

An Aymara Indian in a country historically ruled by a wealthier, white elite, Morales swept to power promising to “nationalize everything.” In practice, his Movement Toward Socialism party was much more pragmatic.

Morales could have remained in power and held another election had he not lost the support of the army, said Eric Farnsworth, vice president of the Council of the Americas, a group representing U.S. businesses.

“Even today in Latin America, the arbiter remains the security forces, and that was proven today in Bolivia,” said Farnsworth, who worked on Latin American issues at the White House during the Clinton administration.

Listen: The Paz87 Shiur on Matzav: How Much Tzedakah Should We Give? 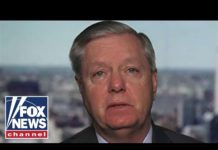 Graham: Impeachment Is Invalid Until We Know Whistleblower’s Identity