Is it better to buy a home or rent? An analysis released today by real estate information provider Zillow.com finds that in most of the U.S., buying becomes a better deal than renting after only three years of residence.

In many metro areas, the advantage comes much sooner.

In Miami, Fort Lauderdale, and Tampa, for example, owning beats renting after 1.6 years, the study finds. Zillow determined the breakeven horizon-the point at which owning becomes more financially advantageous than renting the same home–for more than 200 metro areas and 7,500 cities around the U.S.

Unlike a simple purchase price-to-rent ratio, the breakeven horizon takes into account such other data as taxes, tax deductions, down payments, utilities, appreciation, maintenance, opportunity costs, and fluctuations in the rental market.

“People traditionally have looked at the price-to-rent ratio,” Zillow senior economist Svenja Gudell tells ABC News. “But that’s not comparing apples and apples. Our calculation takes into account all costs, plus tax deductions and inflation. It would be very hard for the average consumer to crunch these numbers.”

The shortest breakeven horizons occur in markets such as Florida’s, where home values fell farthest during the recession. The ownership advantage there kicks in after less than two years. In other markets, however, where values have held, the advantage comes far later. In San Jose, Calif., for example, the time is a little over eight years. San Jose had the longest breakeven horizon of any of the 30 largest metro areas Zillow studied.

Within metros, the study found big variations between one city and the next. In the San Francisco Bay Area, for example, a homeowner breaks even after 8.8 years; while in similarly-priced home in Menlo Park, the time required is a bit over 14 years.

Metros with the longest horizons (besides San Jose) include Oak Harbor, Wash., and Santa Cruz, Calif. Those with the shortest include Memphis and Fernley, Nev.

Gudell says it would be a mistake to conclude that buying always is the better option. Everything depends, she says, on the metro area and the length of stay. For lots of folks who occupy their home a year and a half, renting remains, she says, “a solid option.” In the right metro, it even can pay off for persons staying as long as five or six years.

The table of metro areas is on the next page. 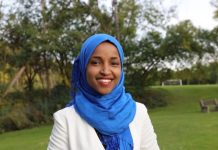