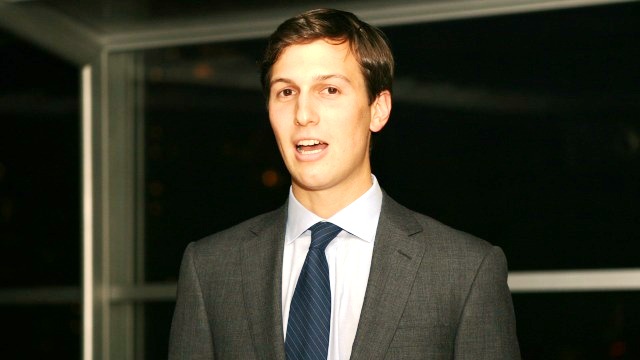 Alex Szlezinger, president of the university’s Jewish Society, told The Tab that his group had “deep concern” about Varsity‘s publication of an article titled, “Jared Kushner: the most powerful man you’ve never heard of.”

In the article, Kushner is identified as “an Orthodox Jew with strong ties to Israel,” whose “conflicts of interest” include “nepotism, financial matters and religion.” His Jewish observance, his supposed support for settlement-building and his “strong financial ties to Israel” are all suggested as reasons that Kushner would be resistant to or incapable of bringing peace in the Middle East.

The piece also described Kushner as buying his position and power throughout his life, as well as having a “social network” that is “contaminating the White House.”

In the comments section, the author was criticized for conclusions that “verge on the antisemitic.”

Gideon Falter, chairman of advocacy group Campaign Against Antisemitism, told The Algemeiner, “Cambridge University is supposed to be home to some of the most progressive and innovative thinking, yet recently we have seen antisemitism coming out of the university that belongs in the darker years of the last century.”

Responding to the criticism, Varsity reportedly issued a direct apology to the Cambridge Jewish Society, in which they said the matter is being discussed with the “team responsible for commissioning and editing the article…[and] the author herself, too.”
Days after the original article was published, the paper offered a rebuttal piece, which criticized Kushner as a “heinous person” and “horrifyingly right-wing,” but insisted that one can “talk about [him] without being antisemitic.”

“The notion that anybody’s religion creates a conflict of interest when they serve their country is a direct attack on that religion,” wrote the author of the rebuttal.

The article in question was a Comment piece, and as such, represents nothing more than the opinion of the writer. The Comment section of our newspaper gives the wider student body, including students who are not on the Varsity editorial team, the opportunity to express their views on issues which concern them. Indeed, in this case a rebuttal Comment article has already been published online. The views expressed in Comment pieces published by Varsity do not necessarily reflect the opinions of the editorial team that publishes them.

The Varsity Comment section has a long tradition of reflecting many differing views from many different students. Most newspapers have Comment sections for a reason, and that is to try to give (however briefly) voices to all areas of its readership. Sometimes these views are challenging and controversial, and it is the case that sometimes, too, some of these views may offend.

Falter “welcomed” Varsity‘s apology, but suggested it “might have been a little more careful.”

Last year, as The Algemeiner reported, three kippah-wearing Cambridge students said they were physically and verbally assaulted by their peers, and accused the school of covering up the incident.