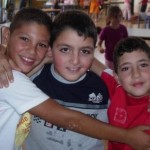 The Committee for Accuracy in Middle East Reporting in America (CAMERA) has rebutted an op-ed in the Los Angeles Times that made claims of inherent racism toward Palestinians in Israel’s educational system.

Published Friday, the op-ed by comparative literature professor Saree Makdisi—titled “Why Israel’s schools merit a U.S. boycott”—claims that an academic boycott of Israeli institutions is justified because according to the United Nations’ Committee on the Elimination of Racial Discrimination, “Israel maintains two separate educational systems” for Jewish and Palestinian children. The op-ed also cites an assertion by the Israeli NGO Adalah that Israel invests “three times as much on a per capita basis in the education of a Jewish as opposed to that of a Palestinian citizen.”

Palestinian children are “denied access to adequate kindergartens” and “do less well in elementary school,” states the op-ed, which also claims that “there is not a single high school in the Palestinian communities in the Negev desert in southern Israel.”

According to CAMERA’s rebuttal, some facts cited by the op-ed are entirely false, and others are omitted to create a skewed picture. For instance, Suzie Ben Harush, a southern district spokeswoman for the Israeli Education Ministry, has noted the presence of more than 40 government-supervised high schools for the Negev’s Bedouin population.

The Los Angeles Times article ignores that Christian Arabs actually outperform Jews in Israeli education, with 70 percent of that sector eligible for matriculation, compared with 61 percent of Jewish students, the Times of Israel reported in 2013. The op-ed also omits a 2014 decision by Israel’s Council for Higher Education to create a $1.65-million scholarship program for 650 Arab students seeking an undergraduate education, CAMERA notes.

Furthermore, while Council for Higher Education data cited in the op-ed to demonstrate educational gaps between Jewish and Arab Israelis is correct, the column does not make clear that the data was collected for the purpose of closing such gaps. Haaretz reported in 2012 that the data was “formulated in preparation for a wide-ranging NIS 300 million plan that the council is launching to make higher education more accessible to minorities.”

Since the op-ed’s author “completely ignores Israel’s detailed program to close gaps in the educational system,” it is “no surprise, then, that he also ignores the fact that the investment is apparently paying off,” CAMERA argues, citing Council for Higher Education figures that show how “14.6 percent of students enrolled in Israeli universities in 2014-15 were Arab, up from just 11 percent as of 2012.”