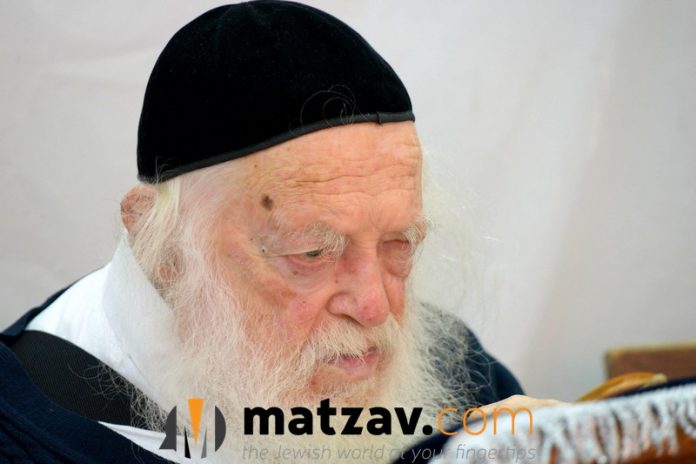 At the beginning of last week, the clock in Eretz Yisroel was moved back one hour to winter time.

Several people asked Rav Chaim Kanievky’s grandson what Rav Chaim, whose every moment is calculated, does with the “extra” hour when the clock is changed. Does he learn something special during that hour? How does it affect his set sedorim?

For those around Rav Chaim, the times change as the clocks change, and thus during Daylight Saving Time, Mincha for them is at 1:30 p.m.

Rav Chaim has been asked why he doesn’t change the clock. He said, “Because those in government change their clocks, I have to do so too?”

Occasionally, this reality causes confusion, with some people not being aware of the fact that the clocks in Rav Chaim’s home weren’t changed. Thus, when, for example, Rav Chaim is asked to serve as sandek at a bris, his household double checks to ensure that everyone is on the same page regarding the time.