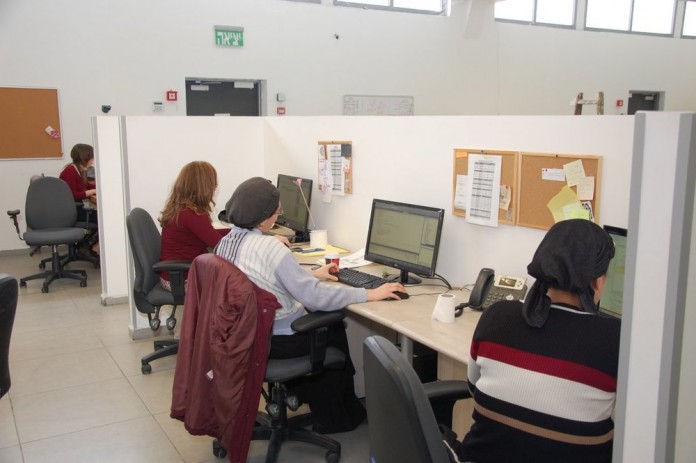 Chareidi, women, and high-tech: three words you never expected to exist harmoniously in the same sentence. And yet, in the Jewish state, these three are a match made in the Garden of Eden. In Israel, the hottest social debate continues over the economic effect of Israel’s religious population and what should be done to ameliorate the resulting economic pressure on Chareidi families and on the state. These discussions and subsequent laws have encouraged many Chareidim to seek work where many were previously opposed, as work takes time away from men’s commandment of Torah study and women’s duty to take care of the family and home. However, as the Chareidi lifestyle with plenty of kids and a minimal earned salary becomes less viable, Chareidi rabbis have granted approval for many men and women to enter the workforce, leading to a rapid increase of employment among the Chareidi sector. Women, in particular, are leading this revolution within the community, as they are often required to be the family breadwinners so their husbands can continue to fulfill the commandment of Jewish learning.

With a majority of Chareidim living below the poverty line, the number of employed Chareidim is steadily increasing. This increase is a welcomed change in Israeli society, as unemployed Chareidim are costly for the state, which continues to financially support unemployed Chareidim as well as their many dependents. More than 50 percent of Chareidi men are now participating in Israel’s labor force, up from 33 percent in 2005, Israeli media reported in February. Although this represents a huge increase in employment, the figures continue to lag behind the 90 percent of non-Chareidi men who are employed. According to Stuart Hershkowitz, deputy CEO of The Jerusalem College of Technology’s Lev Academic Center, the low employment rate costs the Israeli economy some $2.18 billion each year: “Due to unemployment, they do not pay taxes, and, therefore, become a strain on society.” More promising are the 71 percent of Chareidi women employed in Israel, an impressive percentage of employment when compared to the 80 percent of their employed non-Chareidi counterparts.

Not only are Chareidi women breaking norms by working outside the home, but also by working in fields traditionally assigned to men. Out of 4,500 Chareidim employed in high tech, over 80 percent are women. This trend is likely to grow, as roughly 600 Chareidi women graduate from technical engineering programs each year. According to Hershkowitz, this is a game changer in Israeli society that “changes the dialogue within the Orthodox community in particular as well as society in general.”

The number of employed Chareidi men and women in the high-tech industry doubled between 2009 and 2011, according to the Ministry of Economy.

One driving force behind this trend are educational institutions, such as The Jerusalem College of Technology, an Orthodox Jewish college that offers bachelor’s and master’s degrees in various fields of study, combined with intensive Jewish studies. These institutions allow students to maintain their Jewish practices while developing the skills and education needed to enter the high-tech workforce. They have separate campuses for men and women, both with degrees in electro-optics, electronic engineering, and applied physics, to name a few.

As for the future of Chareidi men and women in the workforce? As Sukenik says, “It’s really up to the government now to be the catalyst to help them by making education and employment easily accessible.”