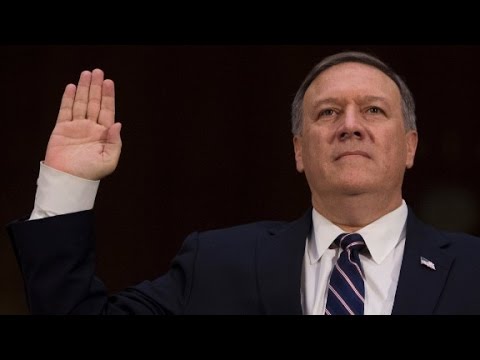 Donald Trump’s nominee for CIA chief today took aim at Russia and agreed with intelligence officials that the Kremlin orchestrated a cyberattack in the hopes of altering the U.S. election’s outcome—distancing himself from the president-elect’s desire to develop a friendship with Russia. Rep. Mike Pompeo, a Republican from Kansas, told senators during his confirmation hearing that “It’s pretty clear about what took place here about Russia involvement in efforts to hack information and to have an impact on American democracy… This was an aggressive action taken by the senior leaders inside Russia.”

Pompeo’s opening remarks broke sharply from Trump’s seemingly pro-Russia foreign policy, telling the committee that “Russia has reasserted itself aggressively, invading and occupying Ukraine, threatening Europe and doing nothing to aid in the defeat of ISIS.” Read more.