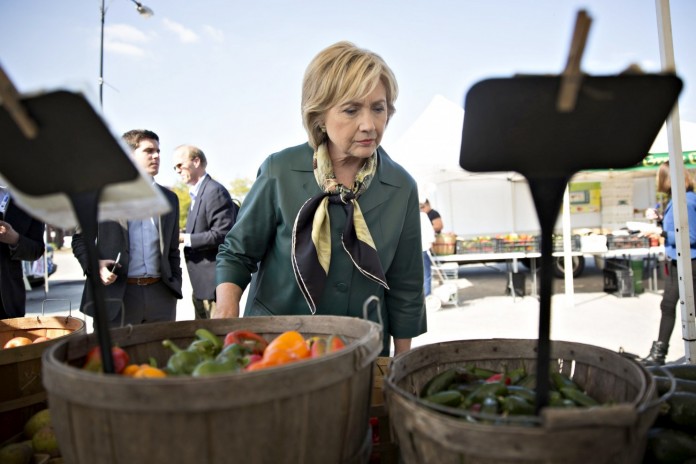 A top official with Hillary Clinton’s campaign on Sunday accused the Russian government of orchestrating the release of damaging Democratic Party records in order to help the campaign of Republican Donald Trump – and some cyber security experts in the U.S. and overseas agree.

The extraordinary charge came as some national security officials have been growing increasingly concerned about possible efforts by Russia to meddle in the election, according to several individuals familiar with the situation.

Late last week, hours before the records were released by the website Wikileaks, the White House convened a high-level security meeting to discuss reports that Russia had hacked into systems at the Democratic National Committee.

Although other experts remain skeptical of a Russian role, the hacking incident has caused alarm within the Clinton campaign and also in the national security arena. Officials from various intelligence and defense agencies, including the National Security Council, the Department of Defense, the FBI and the Department of Homeland Security, attended the White House meeting Thursday, on the eve of the email release.

If the accusation is true, it would be the first time the Russians have actively tried to influence an election in this manner, analysts said.

Her campaign chief, Robby Mook, told ABC News on Sunday that “experts are telling us that Russian state actors broke in to the DNC, took all these emails and now are leaking them out through these Web sites … It’s troubling that some experts are now telling us that this was done by the Russians for the purpose of helping Donald Trump.”

The Washington Post reported last month that Russian government hackers broke into the DNC files and pulled opposition files on Trump and gained access to other material.

The most sensational revelation so far in the emails is that officials at the supposedly impartial DNC were in fact helping Clinton during the primary. One email written May 5 to Luis Miranda, the national communications director for the DNC, from another party official suggests that the party could help Clinton by raising questions about Sanders’s faith. Other emails generally disparaged Sanders and indicated a preference for Clinton.

The emails have infuriated Sanders’ supporters, who have repreatedly accused the DNC of improperly helping the Clinton campaign during the primary . DNC chairwoman Debbie Wasserman Schultz announced she will resign this week.

“They said they were neutral, which we knew not to be true,” said Sanders campaign manager Jeff Weaver. “Now we have evidence in black and white that they were trying to put out negative stories about Bernie Sanders. People are very angry about these leaks, and rightfully so. There’s no doubt about that.”

Beyond Mook, DNC and Clinton campaign officials have not responded to requests for comment Friday as reporters and unnerved campaign staff tried to assess the damage caused by the release, which comes just as the party holds a nominating convention in Philadelphia designed to project unity after a bitter primary season.

The emails were released Friday on Twitter by WikiLeaks. The document dump follows a report last month by The Washington Post that Russian government hackers had penetrated the computer network of the DNC, gaining access to an entire database of opposition research, among other material.

Other emails offered details of perks provided to party donors attending the convention and other events involving Democratic officials.

On Sunday, Mook and others noted that Trump has taken positions in the campaign that seem to align with those held by Russian President Vladimir Putin. He cited Trump’s recent statement on NATO – that he might not provide assistance to member states that hadn’t contributed their financial share – as a sign that the Republican nominee is taking positions favorable to Putin.

“I think when you put all this together, it’s a disturbing picture and voters need to reflect on that,” Mook told CNN in an interview Sunday.

“What they don’t want to talk about is what’s in those emails,” Manafort said.

“They’ll say anything to be able to win this,” the younger Trump said. “This is time and time again, lie after lie.”

Last month, the forensic firm CrowdStrike said two competing Russian intelligence hacker groups penetrated the DNC’s computers. In the last 24 hours, cybersecurity experts have said that the email cache released by WikiLeaks on Friday appears to have been given to the anti-secrecy group by Russian intelligence.

Thomas Rid, a professor at Kings College London, said that if Russia is behind the leak, “This tactic was a game-changer.” In a forthcoming essay to be published in VICE, he wrote: “Exfiltrating documents from political organizations is a legitimate form of intelligence work. The U.S. and European countries do it as well. But digitally exfiltrating and then publishing possibly manipulated documents disguised as freewheeling hacktivisim is crossing a big red line and setting a dangerous precedent: an authoritarian country directly yet covertly trying to sabotage an American election.”

In an interview, Rid also said that in a private chat on Twitter on Saturday, he communicated with the entity that claimed to have released the email cache to WikiLeaks.

The party, which calls itself Guccifer2, last month claimed responsibility for the DNC hack. Several independent analysts have concluded that Guccifer2, who claimed to be Romanian, is likely linked to the Russian military intelligence service.

“I quizzed him two times in a Twitter direct message back and forth and he very clearly indicated he gave the emails to WikiLeaks,” Rid said.

The apparent link to Russian intelligence raises troubling implications for U.S. foreign relations and national security. Russia has not to date tried to interfere in U.S. elections, analysts say. But if this is a deliberate effort by the Kremlin to meddle, it is worrisome, they say.

Fiona Hill, a former Russia expert on the National Intelligence Council, said putting the emails out on WikiLeaks for the world to see is consistent with her view of the modus operandi of Russian President Vladimir Putin and Russian intelligence.

“They’re doing what they do best,” said Hill, now a Brookings senior fellow. “They would not be doing their jobs as intelligence officers if they were not trying to outsmart their main opponent and to have influence on their politics.”

But, Rid points out, “what we don’t know is whether this is a top-down order or not.”

Eugene Rumer, a former analyst on the National Intelligence Council who left in 2014, said that, if the accusation is true, “the implication is troublesome, no question about it.”

One possibility is the Russians are trying in some way to influence the election outcome and perhaps promote Trump by embarrassing Clinton. If that is the case, “it suggests the kind of misunderstanding of American domestic politics. To think that they can affect the outcome in a country of over 300 million people, with billions spent on electoral campaigns, in a country where there is free media,” he said.

Another possibility is that this is part of an information warfare campaign that involves the release of compromising materials, or what in Russian is called kompromat. “You release dirt on me. I release dirt on you,” he said.

The Russians have made clear that they believe the United States is behind the release of the Panama Papers, which include material embarrassing to Putin. They are upset about the Olympics doping scandal, which they also believe was fomented by western intelligence agencies.

“Whoever is behind this may feel, well, you people try to tarnish our leader, we’re going to dump this and show that your politics is no better than ours,” Rumer said.

Other analysts were more circumspect. One U.S. official, who like others interviewed for this story spoke on condition of anonymity, said the email dump “would be the worst possible way to influence an election. It just seems a little clumsy. It just seems a very odd way of going about it.”

WikiLeaks is nonetheless an ideal venue for gaining exposure, other analysts say. The site, cofounded in 2006 by Julian Assange, promotes itself as an anti-secrecy organization and promises leakers anonymity.

“If you’re the Russians and you want to leak information for maximal effect, WikiLeaks is a great platform for that,” said one analyst, who spoke on condition of anonymity because his work involves studying Russian intelligence and he did not want to draw attention to himself.

Russia has intervened in other countries’ elections. For instance, in Ukraine in 2004, a Russian hacker group calling itself Cyber Berkut claimed it hacked and disabled the electronic vote-counting system of the Ukraine central election commission three days before the presidential election. The election followed the toppling of a pro-Moscow leader, a move that set off Russia’s invasion and annexation of Crimea.

Analysts have attributed the hack to the GRU one of the same Russian military intelligence services said to have hacked the DNC. They said that the agency created Cyber Berkut, which portrayed itself as an independent hacktivist group, but in reality was used to further Moscow’s political interests in Ukraine.

Likewise, French authorities say a cyber attack last year on the French television network TV5 Monde was carried out by Russian hackers. A group posing as ISIS-linked and calling itself “Cyber Caliphate” posted jihadist propaganda on the station’s Website – an apparent effort to deflect suspicion away from Russia – and plunged the network’s TV channels into darkness. Again, it was the GRU that was said to be behind the attack, the French authorities said. Some analysts said they believed the attack was Russian retaliation against France for backing out of a deal to sell helicopter carriers to Russia because of Moscow’s aggression in Ukraine.

Within 24 hours of the news breaking of the Russian hack of the DNC, files that purported to be from the servers began to appear online. Guccifer 2 claimed credit for the hack, and portrayed itself as independent of Russia. But a number of independent experts pointed to evidence that Guccifer 2 appeared to be linked to Russia and said they believed Guccifer 2 was trying to deflect blame from Russia.