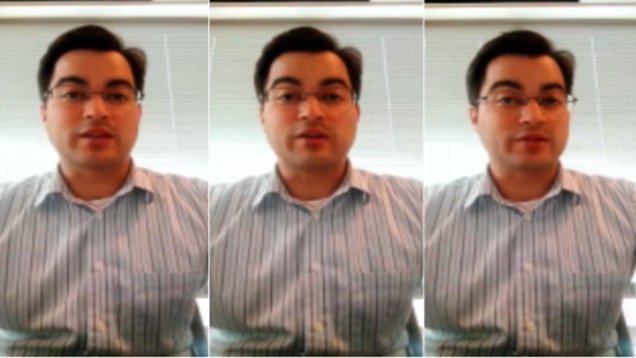 Lawyers for a former State Department staffer who worked on Hillary Clinton’s private email server told a federal court Wednesday that he will invoke his constitutional right against self-incrimination and decline to answer questions at his June 6 deposition in a civil public records lawsuit in Washington.

Bryan Pagliano worked on Clinton’s 2008 presidential campaign before setting up a server for her in her New York home in 2009 during Clinton’s tenure as secretary of state.

His deposition is set in a lawsuit over public records brought by Judicial Watch, a conservative legal watchdog group, regarding its May 2013 request for information about the employment arrangement of Huma Abedin, a longtime Clinton aide.

Pagliano last summer similarly declined to appear before a House panel investigating the 2012 attack on the U.S. consulate in Benghazi, Libya. In refusing to appear then, Pagliano’s lawyers cited an ongoing FBI inquiry into the security of Clinton’s email system, and quoted a Supreme Court ruling described the Fifth Amendment as protecting “innocent men . . . ‘who otherwise might be ensnared by ambiguous circumstances.’ ”

The Justice Department has since granted Pagliano immunity as part of the a criminal investigation into the possible mishandling of classified information, The Washington Post reported in March.

On Wednesday, Pagliano’s lawyers said he will decline to testify in the Judicial Watch case and asked that U.S. District Judge Emmet G. Sullivan of the District order that no video of the deposition be recorded “given the constitutional implications, the absence of any proper purpose . . . and the considerable risk of abuse.”

“Mr. Pagliano is a nonparty caught up in a lawsuit with an undisputed political agenda,” Connor Mullin wrote in a court filing that also raised the concern that Pagliano’s constitutionally protected statements might be manipulated into “soundbites” for attack ads.

An existing court order seals video records, but while that “reduces the risk of dissemination,” Mullin said, “Judicial Watch may move to unseal the materials at any time. Furthermore, in the event of a leak or data breach at the court reporting company, Mr. Pagliano would be hardpressed to prevent further dissemination and republication of the video.”

Judicial Watch said it will oppose the request not to record video in a filing due Thursday, the group’s president, Tom Fitton, said. “We think it’s important for Judge Sullivan to assess Mr. Pagliano’s demeanor,” Fitton said in an interview Wednesday. “It’s always important to assess credibility when the Fifth Amendment privilege is invoked.”

The dispute over Pagliano’s deposition is the latest in a running exchange between current and former Clinton and State Department aides and Judicial Watch, and comes a week after the State Department inspector general sharply criticized Clinton’s email practices, saying they were unauthorized and presented a security risk.

Sullivan last month allowed Judicial Watch to depose a half-dozen officials by the end of June — including members of Clinton’s inner circle who did not meet with the inspector general’s office — to determine whether the department intentionally thwarted federal open-records laws, known as Freedom of Information Act (FOIA) rules, by allowing Clinton’s use of a private email server throughout her tenure as secretary of state from 2009 to 2013.

On Friday, former Clinton chief of staff Cheryl D. Mills appeared for a six-hour-plus deposition. Asked if she had any reason to believe Clinton used the server because Clinton or anyone else at the department sought to avoid FOIA, Mills said ““absolutely not,” the deposition transcript shows. Mills also said she did not know or could not recall many specifics, and declined to answer other questions because they were outside the scope of the case at hand or because she said she represented Clinton after she left office and invoked attorney-client privilege.

Mills said she spoke with Pagliano after Clinton had left office, transcript shows.

Mills expressed regret that she did not think about how the State Department would retain records of Clinton’s emails to non-State Department or nongovernment addresses, according to the deposition.

“I don’t recall having discussions about how someone might access her e-mail apart from what was already in the State Department system. So I don’t — I wish I did,” Mills said, according to the transcript, which was released by Judicial Watch. “I wish I had thought about the fact that someone could be nongovernment, non — non-State and — and those records might be not being captured. I didn’t think about that.”