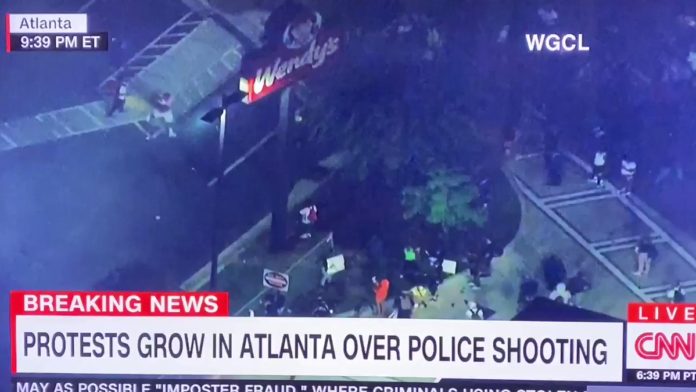 A CNN crew was attacked outside the Atlanta, Georgia, Wendy’s where 27-year-old Rayshard Brooks was killed in a confrontation with police on Friday evening, as rioters began attacking and setting fire to the restaurant Saturday night.

CNN’s Natasha Chen later recounted to Wolf Blitzer: “There were protesters very angry that we were recording this, and tried to block our cameras … and at that point they got aggressive, and our CNN camera was broken.” Chen added that the “protesters” had also tried to stop her from filming with her personal cell phone. She and her crew left the area.