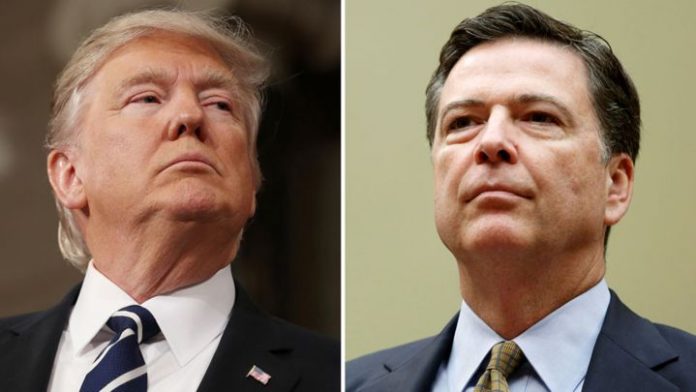 Former FBI Director James Comey said Sunday that President Trump is “certainly close” to being an unindicted co-conspirator in an ongoing investigation into campaign finance violations.

Comey said during a discussion with MSNBC host Nicolle Wallace during an event that Trump does not fit the description in the “formal sense” because he hasn’t been named in an indictment.

“But if he’s not there, he’s certainly close given the language in the filing that the crimes were committed at his direction,” Comey said, referring to a filing from federal prosecutors last Friday that said Trump’s former lawyer, Michael Cohen, “acted in coordination with and at the direction of” Trump in steering illegal payments during the 2016 presidential campaign.

Comey later added that Trump would be in “serious jeopardy” of being charged in the Southern District of New York investigation if he wasn’t the president.