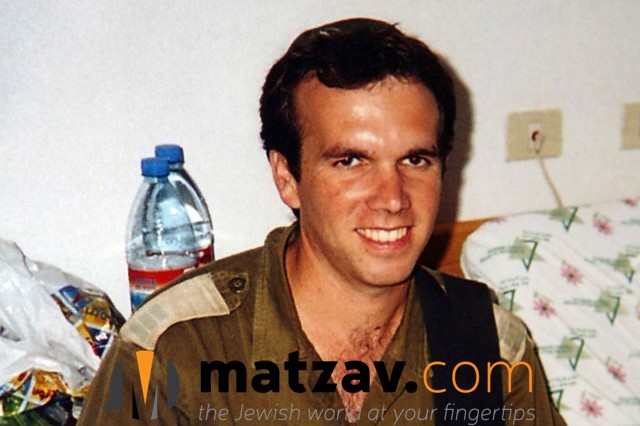 The widow of an Israeli commander who sacrificed himself to save the lives of his soldiers nearly a decade ago wed one of her late husband’s former teachers, the Walla news site reported on Monday.

Roi Klein, a 31-year-old major in the Golani Brigade, became an Israeli household name, synonymous with “hero,” during the 2006 Second Lebanon War. In one of the fiercest battles of the war against Hezbollah, in the town of Bint Jbeil, a hand grenade was thrown into a building in which Klein and his soldiers were holed up. To prevent the death of his men, Klein jumped on the grenade, and was the only one killed. His soldiers recounted at the time that, as he leaped, Klein shouted “shema yisrael” – the central Jewish prayer, meaning: “Hear, O Israel: the lord our God, the lord is one.”

Before entering the IDF, Klein had studied at the Bnei David religious pre-military academy, where he was taught by Levenstein, one of its directors. According to Walla, on the day after the wedding, the bride and groom celebrated their nuptials with students of the academy, located in the West Bank settlement of Eli, where the couple will reside.

Rabbi Levenstein lost his own wife, author Ronit Levinstein, to a serious illness.

“Because of the media fest surrounding the couple’s engagement,” one of the guests told Walla, “They decided to keep a low profile for the wedding, which was attended by a small circle of family and close friends…Along with the sadness, there was a sense of [happiness] that they are now building a new home and family in Israel.”

Roi Klein was posthumously awarded the IDF Medal of Courage in 2007.