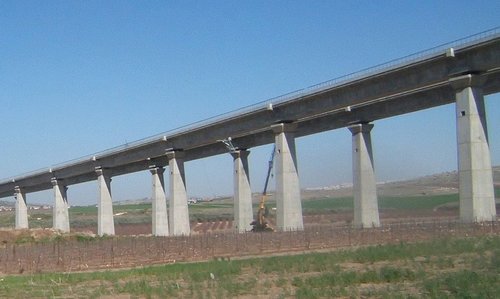 Despite reports this summer that a new high-speed rail line connecting Yerushalayim and Tel Aviv will become operational by April 2018, Israel’s state comptroller has stated that the project will not be completed on time.

According to a report published on Wednesday by State Comptroller Yosef Shapira, the delay is attributed to issues with converting trains from diesel-powered to running on electricity.

Additionally, the Israeli comptroller found that the new electric rail line from Akko to Karmiel, which was slated for completion in March 2016, would now be delayed until December 2021.

When the new Tel Aviv-Yerushalayim line is completed, passengers will be able to travel between the two major Israeli cities in 28 minutes. The project began in 2001. When fully operational, the rail will reach speeds of 100 miles per hour and offer a significantly faster alternative to the 78-minute Jaffa-Jerusalem route that was built during the Ottoman Empire period.