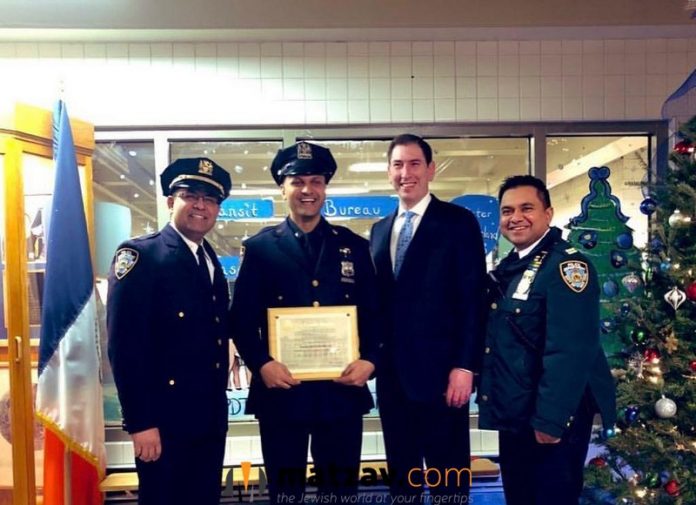 The NYPD cop who fought five men in a viral subway video had no idea it went viral and never thought about using his gun, instead using his army training.

The New York Tumes reports that the cop, Syed Ali, was honored yesterday with an award from Councilman Chaim Deutsch for single-handedly battling the group of hostile homeless men in Manhattan’s subway station.