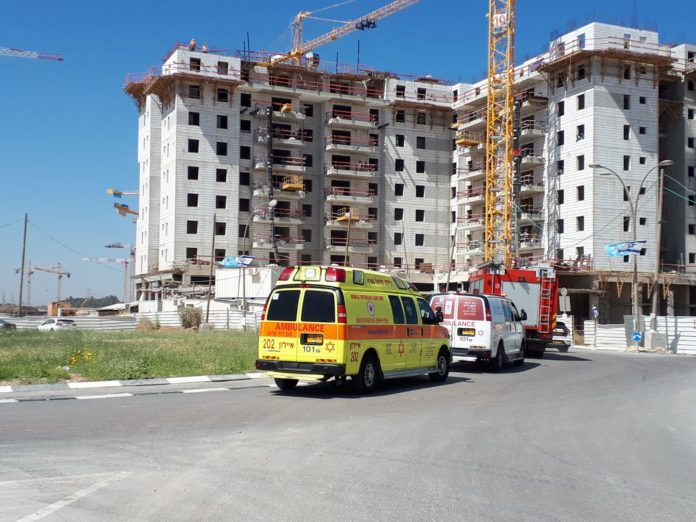 Four construction workers were killed today after a crane collapsed in central Israeli city of Yavneh and several other workers were injured.

The accident happened as the crane was being dismantled and weights fell from the back of the crane, hitting three workers below who were killed on the spot. Soon after the crane itself collapsed as well, and another worker who was trapped on the harness of the crane itself was extricated later – without vital signs.

A police investigation into the accident detained eight different staff members at the work site to discover if there was any negligence involved in the tragic accident.