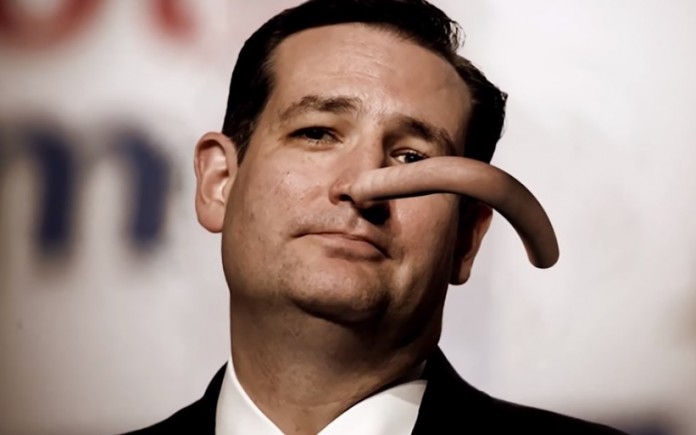 Ted Cruz is on the defensive after he gambled his political career on refusing to endorse Donald Trump, with key allies turning on him and members of his home-state delegation questioning his motives.

After his dramatic prime-time speech here Wednesday night to the Republican convention, after which he left the stage to loud boos and was then refused entry into an angry Sheldon Adelson’s suite, the runner-up for the nomination came under friendly fire during a surreal Texas delegation breakfast.

As some chanted “Trump, Trump, Trump,” Cruz argued that the less courageous route would have been to skip the convention. He said he called Trump three days ago to say he wouldn’t endorse him. “Why not,” someone yelled from the crowd. “I’m happy to answer that, but I won’t engage in a screaming fight,” the senator replied.

“In that speech last night, I did not say a single negative word about Donald Trump,” Cruz insisted Thursday, speaking carefully. “This morning and going forward, I don’t intend to say negative things about Donald Trump. The media would love me too. . . . I started the speech by congratulating Donald Trump for winning the nomination-by name. . . . In that speech last night I asked conservatives . . . not [to] stay home in November.”

Then he pointed to his non-endorsement as proof of his anti-establishment bona fides, and he said it was “dismaying” that some Trump supporters booed him as he talked about the need to defend the Constitution. “This isn’t just a team sport. We don’t just put on red jerseys and blue jerseys,” he said. “This is about principles and standing for what I believe in.”

Asked if he’ll vote for Trump, Cruz was non-committal but did say that he will not vote for Hillary Clinton. He asked the Texans not to write-in his name on the ballot. “I am watching, I am listening. The standard I intend to apply is which candidate I trust to defend the Constitution. . . . I’m going to be listening to Donald’s speech tonight. I’m going to be listening to how he and the campaign conduct themselves every day between now and November.” He added, like he said Wednesday night, “Every one of us has to follow our conscience.”

Another Texan asked him how he could go back on his pledge, made during a Fox News debate last summer in the very arena where he delivered his speech Wednesday night, to support whomever wins the GOP nomination. Cruz said Trump “abrogated” the pledge with “personal” attacks on his wife’s looks and by suggesting that his dad was somehow involved in the assassination of John F. Kennedy. “I’m not in the habit of supporting people who attack my wife and attack my father,” he said, “and that pledge was not a blanket commit that if you go and slander and attack Heidi that I’m going to come like a servile puppy dog and say,’ Thank you very much for maligning my wife and maligning my father.'”

— During the speech Wednesday night, Cruz congratulated Trump “on winning the nomination” but carefully withheld anything that could constitute an endorsement. “Vote your conscience,” he said. “Vote for candidates up and down the ticket who you trust to defend our freedom and to be faithful to the Constitution.”

— Cruz is playing the long game. He wants to run for president in 2020, and he thinks holding out strengthens his brand as a conservative purist. He might even try to primary a President Trump from the right.

— The Cruz team was prepared for some blowback, but they were taken aback by the truly humiliating scene. He was very loudly booed in the hall, as hundreds of delegates shouted “endorse Trump” and “honor your pledge.” Heidi Cruz did not have security, and Ken Cuccinelli was worried about her safety that he escorted her off the floor. As he did, delegates pointed at her and shouted “Goldman Sachs” (where she works). “People in my own delegation started approaching her and yelling at her,” he said. (To be fair, others were yelling “Ted, Ted, Ted.”)

— Then Cruz tried to go see Sheldon and Miriam Adelson. When he arrived, he was refused entry. “It was a pointed rebuff of a politician who has methodically cultivated the support of the Las Vegas Sands chairman and his wife for years, and who was once considered a strong contender to get their backing in 2016,” Matea Gold reports, noting that the Adelsons spent more than $92 million supporting Republicans in 2012.

— Cruz might have more credibility had he not hugged Trump so tightly for so much of the past year. He made a strategic blunder last summer when he refused to criticize anything Trump said or did and repeatedly called him “terrific.” He hoped to win over Trump’s supporters when he, as most everyone assumed back then, faded. And his team thought Trump was a nice heat shield that would limit media scrutiny of their candidate. The non-aggression pact fell apart when it was clear that they needed each other’s votes. And Trump obviously gave Cruz legitimate reasons to resent him.