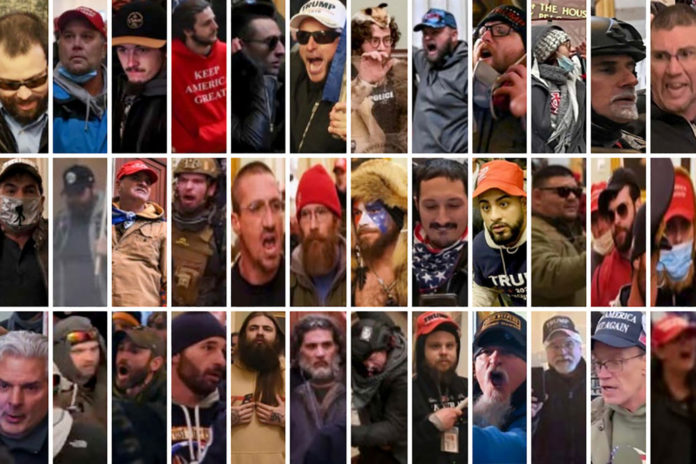 Police in Washington DC have released dozens of photos of President Trump supporters who stormed the US Capitol on Wednesday, causing widespread damage and sending the nation’s capital into lockdown.

The DC Metropolitan Police Department posted the photos online late Tuesday, with images that include a man identified by media as Jake Angeli, a 32-year QAnon loyalist known in right-wing circles as the “Q Shaman.”

“We still have a significant amount of work ahead of us to identify and hold each and every one of the violent mob accountable for their actions,” DC Police Chief Robert Contee said at a briefing.

“We have collected numerous images of persons of interest that we are asking the community to helps us identify,” he said. “These images depict individuals engaged in various acts of violence or property destruction.” Read more at the NY Post.