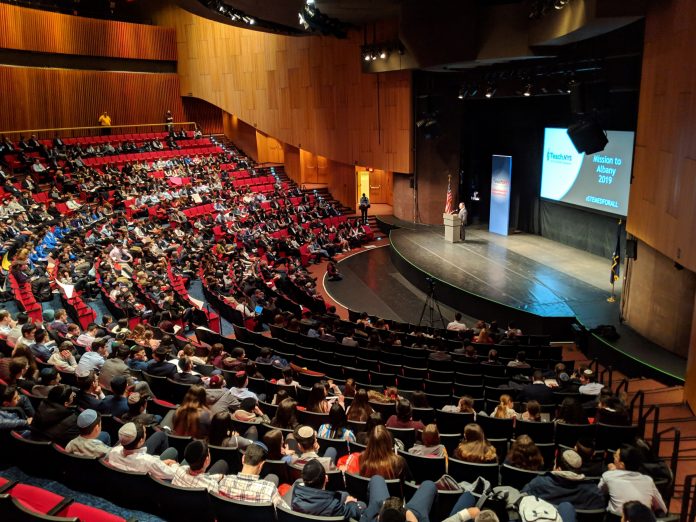 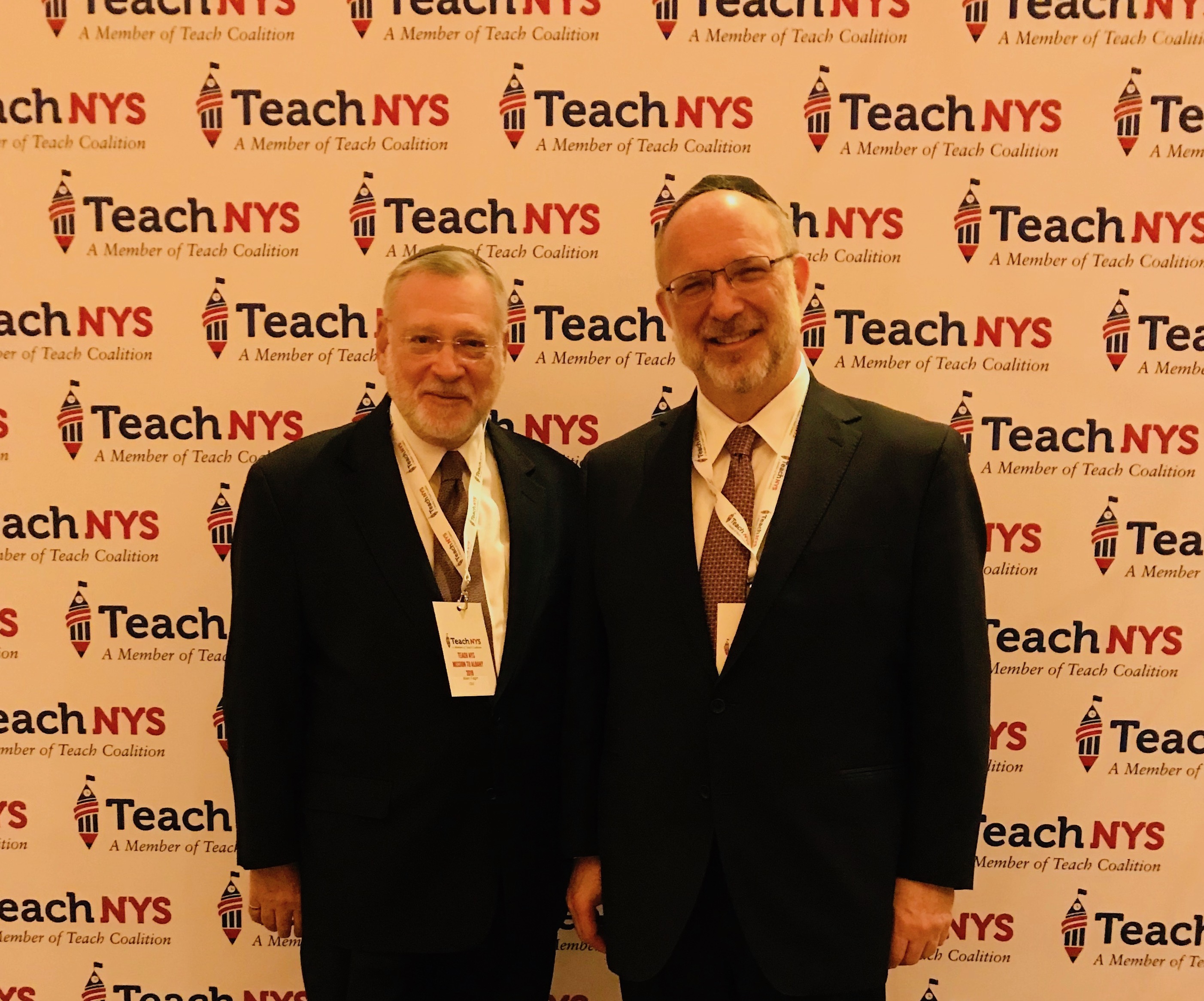 Hundreds of students from Jewish day schools and yeshivas went to the New York State Capitol recently as part of the Orthodox Union’s Teach NYS delegation to advocate for increased and sustainable funding for nonpublic school STEM (science, technology, engineering and mathematics) education. Now in its third year, the Teach NYS Albany mission has become the largest annual lobbying event in Albany on behalf of nonpublic schools and yeshivas. The students hailed from more than 50 schools in New York City, Long Island, Westchester, Rockland County, Buffalo, Rochester and Albany.

Throughout the day-long program, more than 700 students and lay leaders heard from and met with over 90 legislators sharing their desire to increase funding for STEM programing and instruction within their schools. Last year, a similar Teach NYS mission helped to influence the historic tripling of state funded STEM programs in nonpublic schools from $5 million in 2017 to $15 million in 2018, allowing the State to reimburse nonpublic schools directly for the cost of qualified STEM instructors.

Legislators addressed the crowd, sharing their commitment to increasing nonpublic school funding for STEM education and the importance it will have on the future economy of the state. Following the speeches, the students and lay leaders broke into groups and went to the Statehouse where they met with more than 90 state legislators, including: Senate Majority Leader Andrea Stewart Cousins (D-Yonkers), Deputy Majority Leader Sen. Michael Gianaris (D-Queens), Assembly Speaker Carl Heastie (D-Bronx), Chairman for the Committee on Education Michael Benedetto (D-Bronx), Assemblywoman Helene Weinstein (D-Brooklyn), Sen. Shelley Mayer (D-Westchester), and Sen. Todd Kaminsky (D-Long Beach).

The day closed with an inspiring and empowering panel of legislators who graduated yeshiva and nonpublic day schools and are now giving back to their communities by representing them in the New York State Assembly. That panel included Assemblywoman Nily Rozic (D-Queens), Assemblyman Daniel Rosenthal (D-Queens), and Assemblyman Simcha Eichenstein (D-Brooklyn). The panel was immediately followed by a chance for the students to hear from NYS Attorney General Letitia “Tish” James.

OU Executive Vice President Allen Fagin told students, “Today is about how you change the way state government thinks about education and our schools. Today is about hundreds of students, parents and administrators coming to Albany to talk to our elected officials, to explain  that the  education of our children matters; that education is a civil right; that your right to choose how and where to be educated, without financial penalty or hardships, is a civil right that every parent and student in this state should enjoy.”

“Teach NYS works year-round with schools, community activists and other organizations to advocate for equitable government funding of our Yeshivas and day schools. Missions like this, involving parents and the students, themselves, allow the members of our community to play a central role in reminding our legislators of the breadth and commitment of our community. By seeing and hearing from our students, they can better appreciate the returns that their investment in our children’s education will bring the state long-term,” said OU President Moishe Bane.

Teach NYS, a division of the Orthodox Union’s Teach Coalition, was founded in 2013 to advocate for equitable government funding for New York nonpublic schools. It has secured $1.5 billion in funding for day schools, which is used to increase security, enhance education and defray higher tuition costs. Teach NYS created a first-in-the-nation program to begin reimbursing nonpublic schools for the costs of qualified STEM instructors. In 2018, it championed a historic pilot program to begin providing kosher and halal meals to students enrolled in both public and nonpublic schools in New York City.