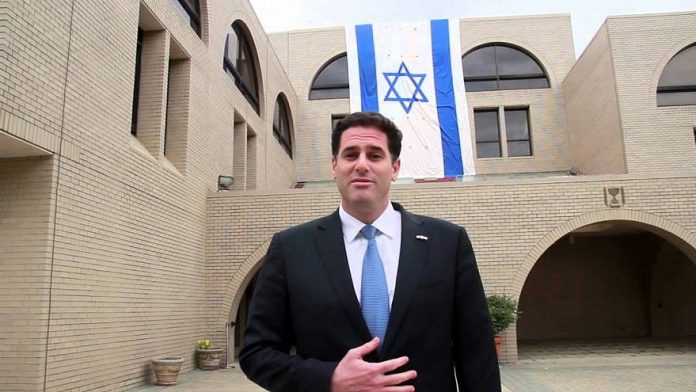 “We were not pressured by the Trump administration; this is a sovereign decision that Israel has to make,” Dermer said during a call organized by the Conference of Presidents of Major American Jewish Organizations.

The decision to ban the two U.S. House representatives, who have been outspoken in their support for the BDS movement and criticism of Israel’s policies towards the Palestinians, came just hours after Trump tweeted that “it would show great weakness” if Israel allowed the them to enter the country.

Last month, Dermer issued a statement that the freshmen congresswomen would be allowed to visit “out of respect for the U.S. Congress, and the great alliance between Israel and America, we would not deny entry to any member of Congress into Israel.”

Nevertheless, on Thursday, Netanyahu reverse course, and said that while Israel is “is open to critics and criticism,” it will not allow people who “call for and work to impose boycotts on Israel, as do other democracies that prohibit the entry of people who seek to harm the country.”

He added that the itinerary of the two congresswomen “reveals that the sole purpose of their visit is to harm Israel and increase incitement against it,” pointing to the group Miftah, which had been organizing the trip, and has ties with BDS supporters and terrorist groups.

Dermer echoed Netanyahu comments, saying that the congresswomen were “going to use this visit as platform to BDS activities.”

“Many people are questioning Israel’s commitment to democracy, to openness, to tolerance,” he said, “and I just think there’s absolutely no basis for that.”