Grave doubts over whether the individual accused of the antisemitic murder of a Jewish widow in Paris in 2017 will ever face a criminal trial remained firmly in place on Friday, after French prosecutors failed to agree if the man could be held criminally responsible for his act because of his heavy intake of cannabis on the night of the killing.

At a hearing on Wednesday at the Court of Appeal in Paris, prosecutors were divided on whether Kobili Traore — the accused murderer of 65-year-old Sarah Halimi, who was brutally beaten and then thrown out of a third-floor window to her death in the early hours of Apr. 4, 2017 — could be held criminally responsible because of his cannabis use. However, according to a source close to the investigation who spoke to the AFP news agency earlier this week, the prosecutor-general in the case has already concluded that Traore should not stand trial.

A final decision on whether Traore will be sent for a criminal trial on a charge of murder aggravated by antisemitism is expected from the Court of Appeal on Dec. 19.

Two of the three psychiatric examinations that Traore has undergone since Halimi’s murder have controversially insisted that he was too delirious from smoking cannabis to be held culpable for his actions.

But among the evidence available to prosecuting judges in advance of that decision is Traore’s own testimony at Wednesday’s hearing, in which he both admitted to Halimi’s murder and apologized for it.

Dressed in a black tracksuit and sporting what the news outlet Le Parisien described as a “rasta” hairstyle, Traore told the court: “What I committed was horrible. I regret what I did. I apologize to the civil parties.”

Traore — who lived in the same public housing project in eastern Paris as Halimi, a child development expert who lived alone — broke into her apartment during the early morning hours of Apr. 4, 2017.

Terrified neighbors who alerted police after hearing Halimi’s cries for help reported that Traore had shouted the words, “Allahu Akhbar,” and, “Shaitan” (Arabic for “Satan”) as he rained kicks and punches on his victim, before picking up her bruised body and throwing her out of the window.

Police investigations later revealed that Halimi had told relatives that she was scared of Traore, who insulted her visiting daughter as a “dirty Jewess” a few weeks before the murder.

Traore’s lawyers, however, have insisted throughout the initial legal process that their client was too intoxicated from his ingestion of cannabis to be held responsible for his actions. In March this year, a third psychiatric report commissioned by the investigating judge in the Halimi case concurred with this assessment, arguing that Traore’s consumption of cannabis had eliminated his “discernment” (a clinical term for “judgment”).

At the root of the medical row is the question of whether Traore — a petty criminal with previous convictions who had also attended a local mosque frequented by Islamists — was able to control his cannabis habit of 12 years.

Dr. Daniel Zagury, who examined Traore on five separate occasions, concluded that the accused killer had chosen of his own accord to smoke large amounts of the drug on the night in question, and could therefore stand trial for Halimi’s murder. But the two other psychiatric reports commissioned on Traore disagreed with this assessment, with a team led by Dr. Paul Bensussan countering that “Mr Traore, like all addicted patients, was not so free to consume deliberately.”

The rampant increase in attacks targeting Jews in France in recent years has turned Halimi’s murder into a test case for the French judiciary’s response to antisemitic outrages.

In July 2017 — three months after Halimi’s murder — newly-elected French President Emmanuel Macron urged that “despite the denials of the murderer, our judiciary must bring total clarity around the death of Sarah Halimi.”

In those same comments, Macron implicitly criticized the widespread denial in France that Halimi’s murder was an antisemitic act, saying that “we were silent, because we did not want to see.” 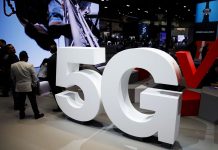 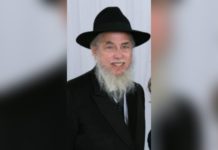 Leave a Reply to The sword of Gideon Cancel reply