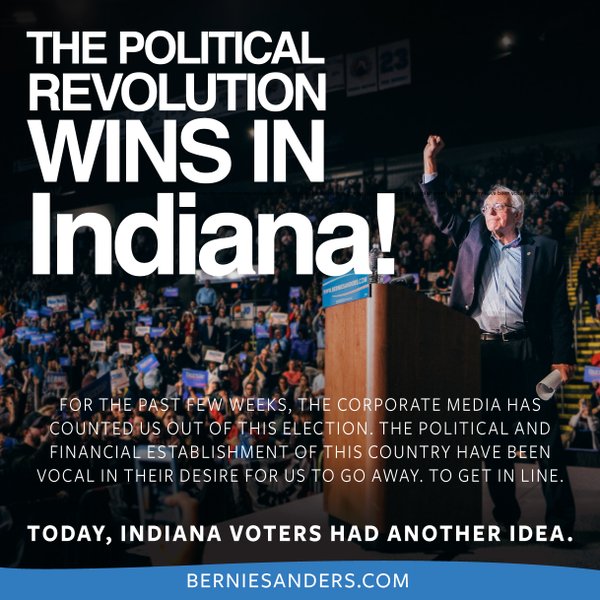 Sanders was projected by several national news outlets to win the primary, but it will lbe symbolic at best, as Clinton is on the path to the nomination with a substantial lead.

Sanders and Clinton were separated by mere percentage points as the votes were being tallied.

At stake in Indiana were 92 delegates, the third-most of any remaining state, behind California and New Jersey.