Aryeh Levin of COLlive reports: Crown Heights physicians met this past week with principals of Jewish schools in the Brooklyn neighborhood to discuss what they called a threat of a quickly spreading viral disease.

“Our community is prone to infectious diseases,” Dr. Eli Rosen warned during the meeting at the Crown Heights Jewish Community Council. “The issue here is not only the mumps, but future diseases.”

At least 1,500 people in New York, most of them Orthodox Jews, have contracted mumps during a 7-month outbreak that began last summer, the Center for Disease Control and Prevention reported.

Almost all of those infected had received the mumps vaccine, which suggests that crowded households and close contact in schools can sometimes overwhelm the protective effects of immunization, Los Angeles Times noted.

Rosen agreed: “It’s a lifestyle thing; we sit face to face and learn, have Farbrengens, share cups etc. It’s more prevalent among male students than female,” he said, but definitely not limited to males, he also pointed out.

Rosen and Dr. Allan Plaut said a large factor is the number of students who do not receive vaccinations. They said that while 20 years ago he had 2 patients who chose not to be vaccinated, today the number is close to 200.

But Rabbi Yosef Simpson, Principal at United Lubavitcher Yeshivos and a member of Hatzalah, noted that parents get away with not vaccinating using the “religious exemption” in the law.

His colleague at Oholei Torah, Rabbi Hershel Lustig, explained that many of the parents use their legal immunity because of the belief that the vaccine can cause autism.

“I have not had a single case that a child was hurt by vaccination,” Dr. Rosen replied. “Vaccines do not injure people. What I have seen is deaths caused by people not taking vaccination.”

He said that Dr. Andrew Wakefield — the British doctor known widely for sparking the fear that vaccines cause autism — lost his medical license for unethical behavior.

Rosen blamed some of the misguided belief on a series of articles published in the Nshei Newsletter, a journal for Lubavitch women.

“We are up against tough opposition. I sit with mothers and break my teeth explaining the need. Articles in Nshei are more convincing,” he said.

Present at the meeting, coordinated by the Community Council, was member of Badatz of Crown Heights Rabbi Yaacov Schwei who listened carefully to the medical explanations.

Participants agreed that there was a need to counter back the misconceptions with an awareness campaign which should include the MMWR article and a letter from doctors and rabbis.

“There is not a single Rov that would object (to vaccinations) based on Torah and Halacha,” Dr. Rosen said. “The Rebbe in fact mentions vaccinations in many of his letters.”

Rosen suggested that since Crown Heights schools are private, principals have the option to expel students that were not vaccinated even if their parents refuse due to “religious reasons.”

Asked for his opinion, Rabbi Schwei mentioned the obligation of obeying the county’s laws (“Dina D’Malchusa Dina”) and since doctors recommend it (“Verapo Yerape”), residents should get vaccinated.

Answering COLlive whether students will indeed be expelled, Rabbi Simpson said: “We will maintain our responsibility for insuring public safety.” 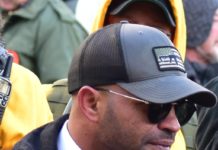 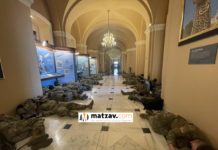 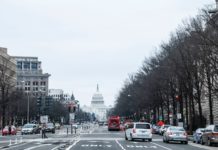