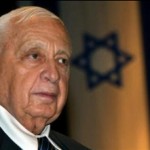 Ariel Sharon’s medical condition stabilized somewhat overnight, Israel Radio reported this morning, but medical officials said he is not likely to survive much longer, according to Arutz Sheva.

Doctors have told Sharon family members that they do not expect him to survive the weekend, although the end could come within hours.

Sharon’s kidneys and urinary system collapsed over the past several weeks. He underwent emergency surgery, but in recent days his situation has deteriorated even further. At this point, Arutz Sheva reports, doctors have told family members, there is nothing more they can do.