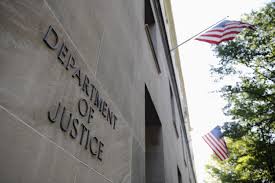 The Justice Department is reiterating it has not concluded its investigation of possible election fraud and is vowing to pursue all specific and credible allegations of ballot fraud stemming from the presidential contest.

A statement from a DOJ spokesperson came after The Associated Press interviewed Attorney General Bill Barr about the status of the probe. CBS News correspondent Catherine Herridge posted the DOJ statement on her Twitter account.

The DOJ spokesperson did not deny the AP report but was at odds with how some media outlets represented it.

“Some media outlets have incorrectly reported that the Department has concluded its investigation of election fraud and announced an affirmative finding of no fraud in the election,” the spokesperson said. “That is not what the Associated Press reported nor what the Attorney General stated. The Department will continue to receive and vigorously pursue all specific and credible allegations of fraud as expeditiously as possible.”