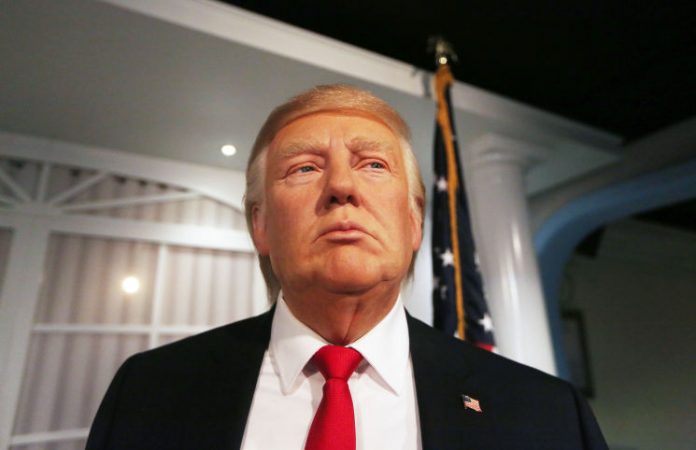 President Donald Trump has set his sights on something much bigger than immigration or ISIS. He’s seeking to address the shidduch crisis in the frum community.

Today, at an event covered exclusively by Matzav.com, Donald Trump announced a new initiative, “Make Shidduchim Great Again.” His goal is to improve the shidduch parsha and expedite the making of shidduchim.

“We will win, win, win,” Trump told a crowd at a Purim party at the home of noted shadchan Freddie Friedman.

“We will win so much in shidduchim that you’ll get tired of winning,” said The Donald.

Speed-dating is one of the ideas being proposed by Trump, who said that he’ll “build a wall if he has to” to get this done.

It was unclear what the president meant by that statement.

“I will melt the freezer with these bare hands if I have to in order to help singles,” said Trump. “I have friends in high places. We will get this done. I promise.”

Trump pointed to the dismal failure of other politicians to address the crisis.

“We have politicians who don’t have the guts to call the crisis by its name,” the president told Matzav.com after the event. “I will change it all.”

Referring to his Jewish daughter, he said, “I know firsthand about the Jewish dating world. My maidele is married, but that doesn’t mean I don’t care about every single Jewish girl and boy out there. When they win, we win. When we win, they win. It’s all about winning.”

Addressing his audience, Trump mentioned some other ideas he is working on, including, but not limited to, instituting Sefashkenaz as the nusach in all shuls to bring about achdus.