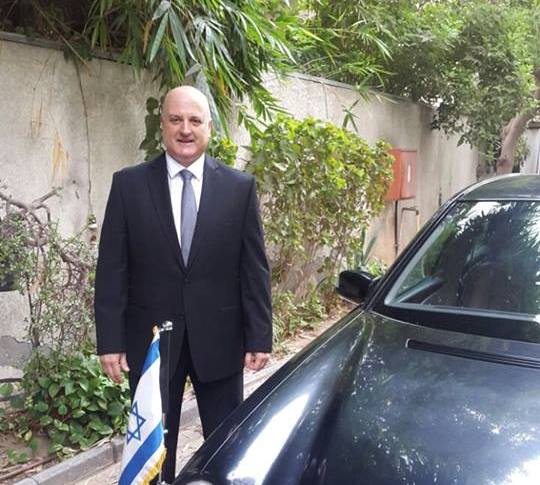 The new Israeli ambassador to Egypt, David Govrin, presented his credentials to Egyptian President Abdel Fattah El-Sisi, who welcomed him as the military band played the Israeli national anthem on Aug. 31.

“In a brief conversation I had with him in Arabic, he asked about my personal background and I told him, among other things, about my early acquaintance with Egypt as a diplomat in Cairo as well as my academic education in Middle Eastern studies,” Govrin told Yisrael Hayom.

The Egyptian president apparently also conveyed to Govrin his desire to revive relations with Israel.

Israel’s embassy in Cairo reopened one year ago after being shut down when Egyptian protesters raided the compound during the Arab Spring in 2011.