and Many of our Subscribers

Our Gemora states: Rabbi Elozar bar Rabbi Yosi said, I have heard that the owner causes piggul. In his opinion, not only a Kohen can disqualify a sacrifice with a thought of piggul (that it will be eaten not in its proper time or place) but the owner of a sacrifice can disqualify it in the same way.

A question that originated in the beis midrash of Rabbi Chayim Berlin zt”l, the Netziv’s son, was discussed in all centers of learning everywhere. In his Sedei Chemed, HaGaon Rav Chizkiyah Medini zt”l collected the replies to this question from outstanding talmidei chachamim in Teveria, Vilna, Germany, etc. The question even graced the world of Torah with the work Gevuros Shemonim which, according to its author HaGaon Rav Yosef Engel zt”l (author of Beis HaOtzar, Asvan D’oraisa, etc.), “discusses one question and answers it in 80 ways”. His pupils related that he had many more answers but he sufficed with publishing 80 of them to give his book its unique name.

The question: If the owner causes piggul, we cannot test a sotah (a woman suspected of adultery) in the Temple, as before she drinks the cursing water, the Kohen has to offer the minchah (Sotah 23a, s.v. Kol) that she must bring. The sotah, who surely wants to be saved from the curse, will cause the minchah to be piggul and without offering the minchah, the water does not test her (Sotah 20b)! Rav Berlin continues that this question is only according to Rambam, that piggul can be caused also by thought but according to Rashi, that piggul is caused only by speech, the sotah can be prevented from saying anything.

She can be taken out of the ‘Azarah: The fifth of the 80 answers is based on Tosfos (above, 29a, s.v. Lamakom), who assert that a thought of piggul disqualifies a sacrifice only in the ‘Azarah. If so, the sotah can be taken out of the ‘Azarah while the minchah is offered. To force her to say the opposite: In the 37th answer, Rav Engel advises that the woman be forced to say explicitly that the minchah will be eaten in its proper time and place. From then on, even if she thinks frantically that it should be piggul, she cannot disqualify anything (according to Pesachim 63a).

The Kohen dispels her thought: In the 18th answer we find an idea based on a fine proof from Rashi on our sugya (s.v. Shama’ti), that the owner causes piggul only if the Kohen remains silent. But if the Kohen announces his pure intentions, the owner cannot cause piggul.

Piggul applies only to shelamim and todos: Rav Zeev Yitzchak HaLevi Dünner of Germany offered the answer that the owner can cause piggul only concerning shelamim and todos, whose meat they eat, but not regarding an asham, chatas orminchah, of which they do not partake (and see ibid, answer 4).

Let’s remember that the woman is not the sole owner, as the husband is the one “sponsoring” the korban for her, which has many halachic ramifications. Accordingly, it is quite likely that the husband is the one who would have the jurisdiction over the piggul, just as we see in Bava Kama Daf 13a-b that when one person sponsors a korban for another, the sponsor is entitled to the meat.

Rashi writes that the owner can render it piggul if the Kohen had no intent, implying that if the Kohen explicitly intended the proper thought, the owner’s thought would not count. This makes sense, considering that the source for the owner’s power to cause piggul is that he too is called a makriv, but as a makriv, he is definitely secondary to the Kohen. Accordingly, in the case of the sotah, the solution is to ensure that the Kohen specifically intends the right thought.

The most obvious answer seems to be that she cannot overpower the intention of the Kohen doing the avodah. You will note that Rashi says that the owner can cause piggul if he has piggul intention and the Kohen kept quiet. From here it seems that if the Kohen has an active intention the owner’s intention cannot take effect.

The Torah says that the husband shall bring her to the Kohen, and therefore it’s his korban not hers.

Perhaps because she would benefit personally from piggul, therefore she does not have believability.

Only an innocent woman will actually drink the waters, so as to prove her innocence. Accordingly, she wouldn’t cause it to become piggul.


The Torah says (Bamidbor 5,15) “Veheivi”, which means that the husband brings the minchah, so what makes the wife the owner? And even if the waving (of the minchah) is done by the wife, so what? The Kohen had to do the waving with her as well so he is the owner as well?

In Sotah 19, the Chachamim say (and so is the halachah) that first she drinks and then they start with the minchah. There was no chance to cause piggul before drinking, and R’ Shimon says the minchah was first, but who says that he agrees with Rabbi Elozar bar Rabbi Yosi?

It would seem to me that if she deliberately has machsheves piggul, she would not be believed to say so since ain odom maysim atzmo rasha. (I assume it is forbidden to deliberately invalidate a korban, and especially to prevent them from fulfilling dinei sotah). The only possible case is if the person says he accidentally had machsheves piggul.

Who said the woman is the owner of the korban. Perhaps it’s being brought for her, not by her, and she can’t cause the piggul.

If we’re concerned that she’ll try to get out of drinking she could do it in an easier way by admitting she was guilty. This would forbid her to her husband, but no death penalty.

Who said the wife is the owner of the minchah? Doesn’t the husband pay for it and have to “bring her”? Isn’t he the owner?

The first though that occurs to me is whether in fact the korban minchah prevents the sotah from drinking, or is it considered a separate and distinct aspect of the overall process, so that even if it invalidated it, she could still drink?

There is a halachah that if the accused sotah declares that she will not drink, then the korban minchah must be burned. Therefore, even according to the opinion of the Rambam, if she is completely silent, we need not be concerned with the possibility of her having a piggul thought, since she did not verbally refuse to drink. Obviously, she feels that she is innocent, and is willing to do ahead with the entire process – including both a proper hakravah of the korban and the drinking.

Rashi there says ‘if the Kohen is quiet while being mekabel…’ – this sounds like the only then does the owner capable of rendering it piggul. Therefore here where there is a concern we’ll just have the Kohen speak out the correct time and day… and therefore even the Rambam will agree that her intention cannot override or have any impact to the Kohen’s expression.

Do we see anywhere that we suspect someone to deliberately render something piggul – is it not kares?

If there is this concern then R’ Chaim Berlin should ask more – how can the Kohen continue to do the different avodah’s on an animal which is suspect to be piggul?

For very many years it has been the custom to say the Mishna of our chapter, Eizehu mekoman, before shacharis. The Tur (O.C. 50) bases the custom on the halachah that every day one should learn Torah (Written), Mishna and Talmud (Kiddushin 30a). Therefore we say the parashah of the tamid and the verses dealing with the sacrifices for the portion of Torah, Eizehu mekoman for Mishna and Rabbi Yishmael’s braisa for the portion of Talmud. Our chapter was chosen from the 524 chapters of Mishna because the Gemora in Menachos 110a praises those who learn about sacrifices (see Perishah, ibid, S.K. 2 and 4).

Beis Yosef (ibid) cites another reason in the name of the Raah: “because there is no disagreement in the whole chapter and it is a clear Mishna handed down from Moshe from Mount Sinai”. In other words, this chapter does not contain even one difference of opinions and therefore we assume that it has been handed down from Moshe in its present form (Peninim Mishulchan HaGra, end of Shemos, and the Noda’ BiYeudah wrote likewise in Doresh LeTziyon, derush 11). Some also prove thus from the phrasing of the Mishna in this chapter, which evidences its antiquity, as we are told: “…and they are eaten within the curtains (kla’im)”. Curtains were not in the Temple but in the Sanctuary (mishkan). Therefore, the Tanaim did not formulate this Mishna but it originates from the generation of the desert (see Otzar HaTefilos, p. 81 in the remark, and Tiferes Yisrael on our chapter, os 22). ‘Ateres Zekeinim on Shulchan ‘Aruch (ibid) states that the words of this chapter amount to 344 and when we add 1 for reading, we arrive at the numerical equivalent for Moshe – a hint that this chapter was given to Moshe at Mount Sinai in its present phrasing.

Is it really true, many wondered, that there is no difference of opinions in the chapter? Our Gemora explains that the Mishna’s statement, that the pesach is eaten only till midnight, is only according to Rabbi Elozar ben Azaryah and not according to Rabbi Akiva (see Pri Megadim, ibid, in Eishel Avraham, and see Yeshu’as Ya’akov, S.K. 1). Indeed, the Ritva, the great pupil of the Raah, indicates (Avodah Zarah 19b) that Raah did not mean that this chapter was given to Moshe in its present form but “since the whole chapter is learnt with no difference of opinions mentioned at all, it should be learnt more than other chapters”.

HaGaon Rav Eliezer Yehudah Waldenberg, who expands on the topic (Responsa Tzitz Eli’ezer, IX, 5), cites the reason of Orchos Chayim (Dinei Meah Berachos, os 16), that this chapter includes the secret of all the sacrifices. Yesod Veshoresh Ha’Avodah says: “A person scrutinizing the writings of the Ari z”l will realize its great import, that every Mishna of this chapter is a rectification (tikun) in itself in the high worlds” (see Tzitz Eli’ezer, ibid).

To conclude, we should mention the statement of Rabbi Shneiur Zalman of Lyadi zt”l (Responsa HaGraz, 1:9), that as saying Eizehu mekoman before prayer was mainly instituted so that a person should learn something each day, a person “who can learn and understand does not have to say the parashah of the sacrifices each day but to say it sometimes suffices”.

A person who wrote a commentary on Eizehu mekoman came with his book to Rebbe Baruch of Mezhbuzh for an approbation. The Rebbe replied, “I wonder how you could write such a commentary. When I come to this chapter, I begin to imagine bringing sacrifices to the Temple and the service of the kohanim. My stomach turns over and I’m full of tribulations and suffering” (Ma’yanah shel Mishna).

What Is a Sacrifice?

Our Mishna says “What is the place of the sacrifices?” – i.e., all the sacrifices. Rabbi Avraham Ibn Ezra writes in his commentary on the Torah (Shemos 20:20): “I saw an apostate…who challenged the chachamim because they said „What is the place of the sacrifices (zevachim)‟. He said that in all the Torah he found zevichah referring only to shelamim, such as „‘olah uzevachim as an ‘olah is a thing for itself and the zevachim are shelamim, as in „…and they offered ‘olos and slaughtered zevachim shelamim” (Shemos 24:5) and thus we find everywhere. I showed him that he wasn’t speaking correctly as we are told: „…and you will slaughter (vezavachta) on it your ‘olos and shelamim.” He then admitted to his sin…that he had disputed men greater than all following generations” 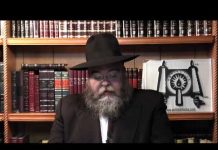 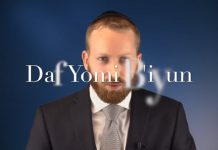 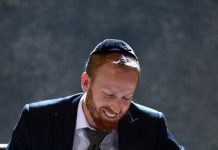