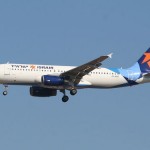 Israeli civilian aircraft bound for the southern city of Eilat has been reportedly fitted with an anti-missile system.

The decision was made two weeks ago by the Israeli Defense Ministry to deploy the SkyShield anti-missile system on Eilat-bound civilian aircraft, operated by the Arkia and Israir carriers, following a major offensive by an Islamic State-affiliated terror group in the Sinai that killed dozens of Egyptian soldiers and civilians, Yedioth Ahronoth reported.

The defensive measures are a response to concerns that Sinai terrorists could launch a missile on airplanes traveling near the Israeli-Egyptian border.

The anti-missile shield is made by the Israeli defense firm Elbit Systems. Under development for more than a decade, the laser-based missile deflector is mounted on an aircraft’s belly and uses a thermal camera that is paired with a laser to change the direction of approaching missiles.