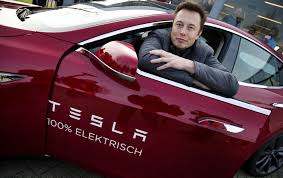 Tesla Inc.’s two new car plants in Berlin, Germany, and Austin, Texas, are losing “billions of dollars” as attempts to ramp up production are snarled by supply-chain disruptions and battery shortages, founder and chief executive Elon Musk said. In an interview segment with a Tesla owners’ club—recorded last month and posted Wednesday—Musk said that both factories “are giant money furnaces right now.”

The mogul added, “Overwhelmingly our concern is, how do we keep the factories operating so we can pay people and not go bankrupt?” He said that he believed the problems would be solved quickly, but that the Texas factory was in particular danger, as it was only producing a “tiny” number of cars due to cells and battery packs being “stuck in port in China.” The interview was filmed before company plans to lay off roughly 10 percent of its salaried workforce were revealed earlier this month, though Musk clarified this week that the number of hourly employees would continue to grow. Read more at Bloomberg News.