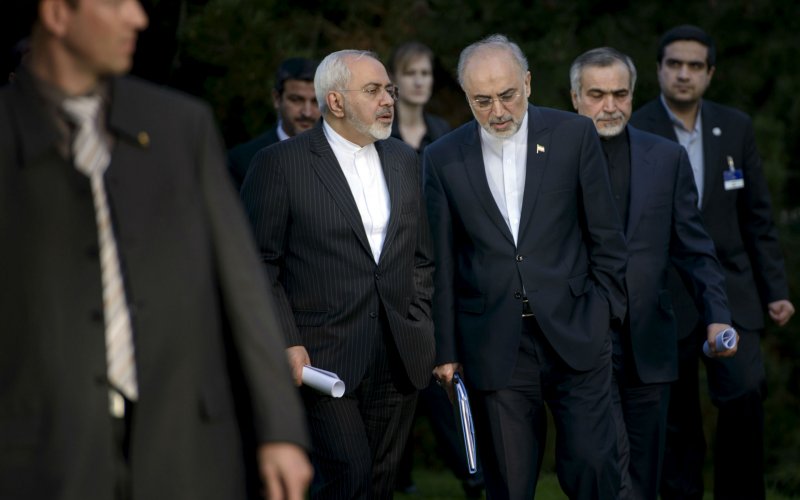 Recent tough talk by top Iranian officials reflects the regime’s concerns about the future of the nuclear deal in the Trump era, two experts on the Islamic Republic told The Algemeiner on Tuesday.

“There’s clearly a great deal of trepidation in Tehran regarding the new administration in Washington,” Ilan Berman — vice president of the American Foreign Policy Council think tank — said. “That’s quite understandable, because the terms of the JCPOA (Joint Comprehensive Plan of Action) — and, even more significantly, the reinvigorated international trade that has accompanied the deal — have been very beneficial to the Iranian government.”

Last week, Atomic Energy Organization of Iran chief Ali Akbar Salehi claimed that, if new US President Donald Trump was to nix the JCPOA, Tehran’s nuclear program would “snap back” and be better off than it was before the deal was reached in July 2015.

Berman noted on Tuesday, however, that “snapping back” the nuclear program would be “more difficult than Iranian officials are letting on, for a couple of reasons.”

“First, it’s not at all clear that President Trump is actually going to ‘tear up’ the JCPOA, as he’s threatened,” Berman said. “I think it’s far more likely that the new administration opts to maintain the agreement, but ratchet up the enforcement of its provisions. That will make it much, much harder for Tehran to cheat on the margins, as it has been doing, and expand the penalties for non-compliance, all while keeping the Iranian regime bound to the terms of the deal.”

“Second,” he continued, “the Trump White House is likely to refocus on issues that the Obama administration generally ignored in the service of the nuclear deal, like Iran’s ongoing sponsorship of terrorism and its domestic human rights abuses. New penalties on those fronts, and others, are to be expected in coming months, and they’re likely to have a real impact on Iran’s overall economic fortunes, and its international isolation.”

“We will surprise him the same way he likes to surprise the others,” Zarif said.

On Tuesday, Behnam Ben Taleblu — senior Iran analyst at the Foundation for Defense of Democracies — said Tehran regime officials were “attempting to raise the stakes as to what might happen if the JCPOA is scrapped.”

“Fear of the unknown — namely what President Trump’s Iran policy will look like — may have prompted Foreign Minister Zarif and AEOI Director Salehi to preemptively tout Iran’s nuclear options,” Taleblu stated. “Specifically, both men are on the record claiming that Tehran can easily revert to pre-deal levels of enrichment output.”

“This can be seen as a rhetorical form of compellence, one aimed at limiting the diplomatic options the new administration might explore with respect to the JCPOA, such as renegotiation,” he went on to say. “Moreover, it may be trying to intimidate the Trump administration to adhere to the accord in the same manner as the previous administration, and deter it from levying non-nuclear sanctions…Tehran is gambling that this will pay-off.”

“Obviously a reversion to pre-deal nuclear activities by the Islamic Republic is worrisome and must be guarded against, but Washington must not let that prevent it from working to plug the fatal flaws in the accord as it stands,” Taleblu concluded.

The fate of the JCPOA — agreed to by Iran and six world powers — in the Trump era remains unclear.

In a pre-election interview with The Algemeiner in early November, senior Trump adviser David Friedman — who has since been picked to serve as the next US ambassador to Israel — said a Trump administration would “reengage with the world powers in a way that seeks to reintroduce leverage on Iran.”

Last Tuesday, Zarif admitted that Iranian officials have had no contact so far with the Trump administration.

The Iran nuclear issue is expected to be a top agenda item when Trump hosts Israeli Prime Minister Benjamin Netanyahu for a meeting at the White House next month.