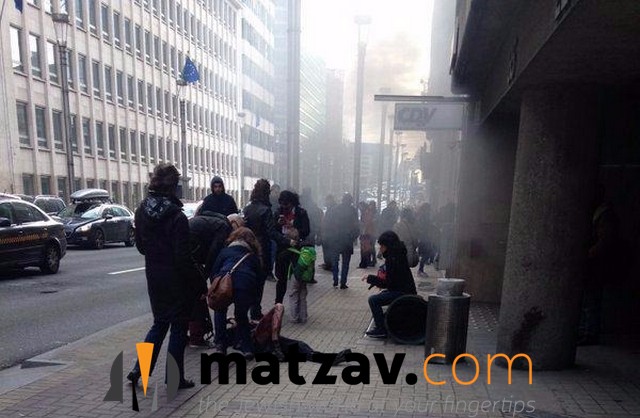 Facebook has activated a feature that allows users to easily inform their friends and relatives that they are safe in response to the Brussels terrorist attacks Tuesday.

The “Safety Check” feature was also activated after terrorist attacks in Paris and the floods in the Indian city of Chennai, among other recent emergencies. Through the feature, more than 950 million people received a notification that their friend or relative was safe following a crisis in 2015, according to a company statement.

The tool works by sending a notification to all users in the area affected by the crisis — which Facebook determines either based on the city listed in a person’s profile, the location of their Internet connection, or from the location of their mobile phone if the user has allowed Facebook to access GPS information — asking if the user is safe. If the person says yes, a status update saying so is automatically generated for that user. A person’s friends can also check them in as safe.

The Safety Check was rolled out in October 2014. Its creation was the brainchild of Facebook’s Japanese engineering team, many of whom had lived through the 2011 earthquake and tsunami there and had created a disaster message board to handle communication related to that emergency.