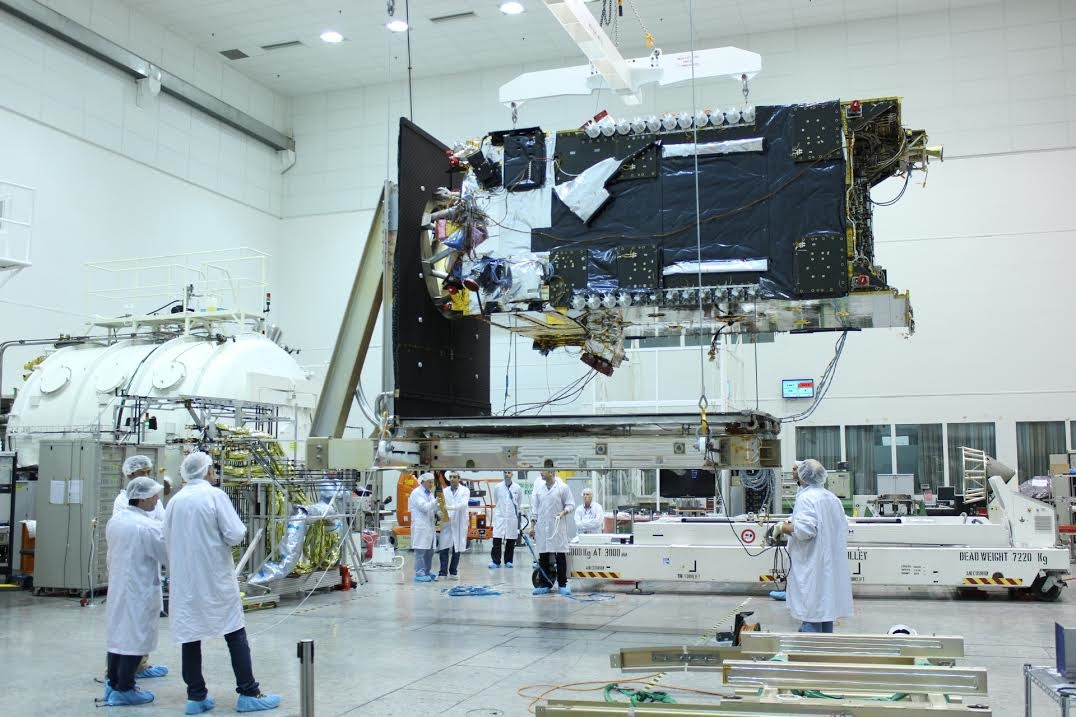 Facebook has been in talks for months with U.S. government officials and wireless carriers with an eye toward unveiling an American version of an app that has caused controversy abroad, according to multiple people familiar with the matter.

The social media giant is trying to determine how to roll out its program, known as Free Basics, in the United States without triggering the regulatory scrutiny that effectively killed a version of the app in India earlier this year. If Facebook succeeds with its U.S. agenda for Free Basics – which has not been previously reported – it would mark a major victory for the company as it seeks to connect millions more to the Web, and to its own platform.

The U.S. version of Free Basics would target low-income and rural Americans who cannot afford reliable, high-speed Internet at home or on smartphones. The app does not directly pay for users’ mobile data. Rather, it allows users to stretch their data plans by offering, in partnership with wireless carriers, free Internet access to resources such as online news, health information and job leads.

Exactly what specific services would be offered in the U.S. app has not been determined. But the idea to bring Free Basics to the United States is likely to rekindle a long-running debate about the future of the Internet. On one side are those who view services such as Facebook’s as a critical tool in connecting underserved populations to the Internet, in some cases for the first time. On the other side are those who argue that exempting services from data caps creates a multi-tiered playing field that favors businesses with the expertise and budgets to participate in such programs.

The fight over this tactic, known as “zero-rating,” has largely taken place overseas where local startups are mixing with globally established firms in still-nascent Internet economies. But a launch of Free Basics would bring the discussion to American shores in a major way.

Since at least the spring, Facebook has been trying to convince numerous small and rural cellular service providers to support Free Basics, which is already available in 49 countries, and waive any data charges the app may incur. It has also floated the idea to White House officials involved with President Barack Obama’s technology agenda.

“While we have nothing to announce,” the company said in a statement, “Facebook’s mission is to connect the world and we’re always exploring ways to do that, including in the United States.”

The effort to offer a U.S.-based version of Free Basics is moving forward in fits and starts, said the people, who spoke on condition of anonymity because the effort has not been publicly revealed.

In particular, the company wants to ensure that Free Basics will be viewed favorably by the U.S. government before it launches, thus avoiding a costly repeat of its experience in India.

Regulators there banned the app in February after consumer advocates argued Facebook was hand-picking the services users could see and access on Free Basics, potentially disadvantaging any competing companies and non-profits that were left out of the program.

In the wake of the uproar, Facebook updated its approach to Free Basics. It currently allows any third-party organization to offer its services as part of the program, provided that the organization’s developers abide by terms that, for example, prohibit the use of high-definition images or video that could consume a great deal of mobile data.

U.S. Internet advocates have called on the Federal Communications Commission to regulate zero-rating under its net neutrality rules. The practice, they argue, risks tilting the online marketplace to benefit large, established firms, or the corporate partners of those firms.

“Zero-rating is pernicious, unfair and unnecessary,” said Susan Crawford, a law professor at Harvard who has advocated for strong regulation of the broadband industry. Permitting the practice would simply enable “the gameplaying of companies who have a strong interest in maintaining the status quo.”

The agency has not decided whether to take action. Earlier this year, FCC officials met with Internet providers including Comcast, T-Mobile and Verizon to study the issue. The agency’s chairman, Tom Wheeler, told reporters last month that he is still “trying to make sure we understand” the full implications of the practice, despite months of deliberation.

“Things move at the pace that is appropriate,” he said. “I think we’re doing a good job.”

Facebook has not attempted to strike a deal with national wireless carriers such as T-Mobile or AT&T, said the people familiar with the matter, over concerns that regulators may perceive the move as anti-competitive. Instead, it has pursued relationships with lesser-known carriers.

While Free Basics may give these wireless companies a new way to reach consumers, some analysts say Facebook’s pitch could give those businesses pause. FCC scrutiny over zero-rating could raise legal and regulatory costs for these carriers as they seek to explain their role in the program in Washington, said Craig Moffett, a telecom analyst at MoffettNathanson. He added that carriers mulling a relationship with Facebook must also consider how the terms of that relationship might change in the future.

“There’s a bigger question of opening a Pandora’s Box,” said Moffett. “You’d have to be concerned that Facebook might ultimately usurp the customer relationship and, at renewal time, demand to be paid rather than just carried [by the wireless company].”

Still, other policy advocates say that Free Basics could help close a persistent economic divide in the United States when it comes to connectivity. By making it easier for underserved populations to access civic and social services online, more Americans could join the ranks of those who benefit from high-speed Internet, said Nicol Turner-Lee, a vice president at the Multicultural Media, Telecom and Internet Council.

“It wouldn’t be a bad idea to bring that here, because we face many of the same challenges in historically disadvantaged communities” as developing countries do, said Turner-Lee.

Cost remains a significant factor in preventing some Americans, particularly minorities and the poor, from getting online. A recent study by the Pew Research Center found that 15 percent of adults have few options other than a cellphone for accessing the Internet. And 48 percent of those who depend on a smartphone to get online have reported having to cancel or suspend their wireless service because they can’t afford it.

Others who have eschewed an Internet connection cite relevance and ease of use as reasons for not getting online. Sixty-eight percent of adults in Pew’s survey said the Internet is a waste of time, too hard to use, or some other related reason.

A program such as Free Basics could reverse some of these trends, said Turner-Lee, acting as a portal to access education, financial services, or even Healthcare.gov, the federal health insurance marketplace, without the need to pay for mobile data. For needy populations, it could provide a financial leg up. For the skeptical, it may help demonstrate the benefits of an Internet connection. And for Obama, it may be a way to shore up some of his signature policy initiatives.

“This is another way to ensure that this administration has a legacy with some of those programs, if they become part of the Free Basics suite,” said Turner-Lee.

Wireless carriers have an incentive to participate in Free Basics as well, Facebook has said. Many may be able to convert Free Basics users into regular paying customers. Roughly half of those who log onto the Internet for the first time as a result of Free Basics wind up paying for a mobile data plan within the first 30 days of use, according to Facebook.