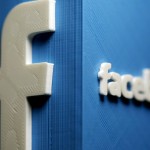 Facebook has shut down Hamas’ accounts and groups on the social media site amid worsening unrest as Palestinian youths target Israelis in a wave of attacks.

“Facebook has closed, over the past two days, a large number of pages run by and close to the Hamas movement’s media in the occupied West Bank,” the Islamist group said in a statement issued Wednesday.

Hamas said the closures came after a “wide-ranging and organized complaint campaign” that it said was supported by direct pressure applied by the Israeli Telecommunications and Foreign ministries on Facebook’s administration.

The statement added that the closed Facebook pages had “played a key large role in supporting the Al-Quds intifada,” in reference to the spate of protests, riots and violent attacks against Israelis in the West Bank and Israel proper since early October.

“Today and yesterday, [Hamas] pages [based] in Ramallah, Galilee, Nablus, Bethlehem, Qalqilya, Salfit, Tubas and Jenin were closed, as well as the page of Muslim Youth League in the West Bank,” Hamas announced.

It added that Facebook also “launched a campaign against Islamic Bloc pages [based] in West Bank universities, closing the Bloc’s An-Najah, Galilee and Palestine Polytechnic pages.”

“At the same time as the closure of these pages, Facebook has closed and frozen the accounts of dozens of publishers and administrators who run [them].”

Hamas also announced that the page of its official spokesperson, Husam Badran, had been shut down.

A number of Facebook pages close to the Palestinian group have been shut down, including Nabdh Adh-Dhuffah [Pulse of the West Bank] and Kulluna Muqawama [We are All Resistance].

“Before this [Facebook] closed one of the most prominent interactive pages supporting the resistance — Sharik [Participate], which is part of Shabakat Quds Al-Ikhbariya [Quds News Network],” Hamas said.

The social media restrictions on Hamas come amid worsening violence in the West Bank and Israel proper that has left 9 Israelis and 48 Palestinians dead, with many fearing the unrest could portend a third intifada, or uprising.

Hamas chief Ismail Haniyeh on October 9 threw his support behind a new Palestinian uprising against the Israelis, saying it is “the only path that will lead to liberation.”

On October 21, a senior Hamas official called on the party’s Palestinian rivals, the Fatah Movement that controls the West Bank, to join the “popular uprising.”