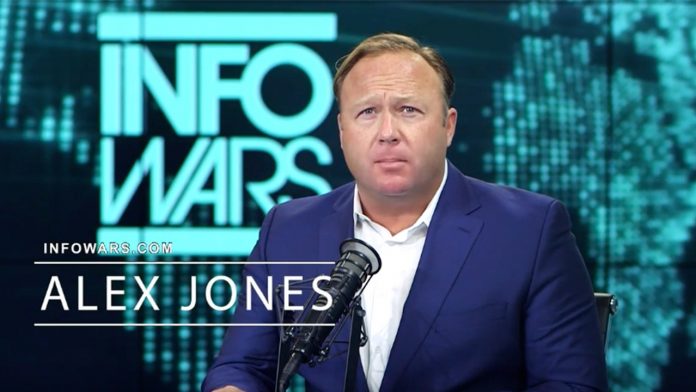 Megyn Kelly’s interview Sunday night with the bellicose conspiracy theorist Alex Jones was certainly dreaded, but, in execution, it was far from dreadful. Kelly, who has many miles to go before she finds her footing as a big-time newsmagazine anchor, can and has done worse.

To the slightest relief of decent people everywhere – some who may have been watching NBC’s “Sunday Night With Megyn Kelly” against their better nature – the host was tougher on Jones that she was with Vladimir Putin a couple weeks ago. She challenged Jones, whose Infowars radio show and multimedia platform draws millions of followers, on some of his wildest and most dangerous assertions, including his statements that the 2012 massacre of 20 children and six adults at a Newtown, Connecticut, elementary school was an elaborate hoax.

When Jones tried to change the subject to foreign wars, Kelly interrupted him: “That’s a dodge.”

When he kept going, she interrupted him again: “That doesn’t excuse what you said and did about Newtown – you know it.”

Earlier Sunday afternoon, Jones released a video expressing Father’s Day condolences to Newtown parents who lost their children in the shooting, seeming to indicate that he at least believed in their grief (if not “mainstream media” accounts of the shooting that caused it), but more likely just trying to steal some attention away from the “Sunday Night” piece.

Unsettling as it may be to have to aired it at all, Kelly’s 20-minute segment on Jones and his influence seemed to have benefited greatly from the pre-criticism and brouhaha that swirled around it last week (one NBC-owned station declined to air it; an advertiser backed out), assuring that Kelly and her producers delivered a tightly edited, firmly reported, no-nonsense story about someone who tells dangerous lies. Kelly’s instincts here aren’t wrong: Viewers who don’t want to hear a single word from Jones need to know more about him and the people who believe him.

Rather than let Jones run away with it, “Sunday Night” let him show himself to be an impertinent, ill-informed, foulmouthed, possibly deranged egomaniac with a forehead constantly beaded in sweat. It showed viewers how Infowars grew and sustains itself by peddling right-wing merchandise and Jones-endorsed dietary supplements. It looked briefly back at Jones’ early days as just another cable-access kook in Austin, Texas, and revealed the flimsy, almost non-existent definition of “research” (articles he and his staff find online) that sets the Infowars agenda.