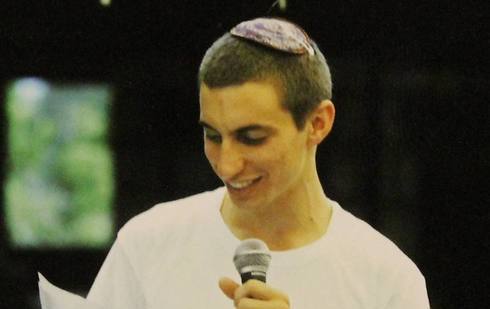 The family of Givati Brigade Lt. Hadar Goldin, who fell in battle in 2014’s Operation Protective Edge and whose remains are being held in the Gaza Strip, issued a statement on Thursday calling on the Israeli government to consider possible pressure tactics that could be used to retrieve information from Hamas about the location of Goldin’s remains.

The family asked for an urgent cabinet meeting in which lawmakers would discuss the conditions afforded to security prisoners in Israel, and the policy of returning deceased terrorists’ bodies to their families as tools that could be leveraged to obtain information from Hamas about Goldin and Golani Brigade Staff Sgt. Oron Shaul, who was also killed in the campaign and whose body is also held by Hamas.

“The time has come for the government of Israel to internalize the fact that it has the tools to put pressure on Hamas to return the bodies of Oron Shaul and of Hadar Goldin,” the Goldin family said in the statement.

“It cannot be that terrorist operatives sit in Israeli prisons and receive a bundle of services, including special food, entertainment programs on television and the opportunity to partake in academic studies, while the nation of Israel and the families of Oron and Hadar don’t have any information about their [the fallen soldiers’] condition,” the statement continued.