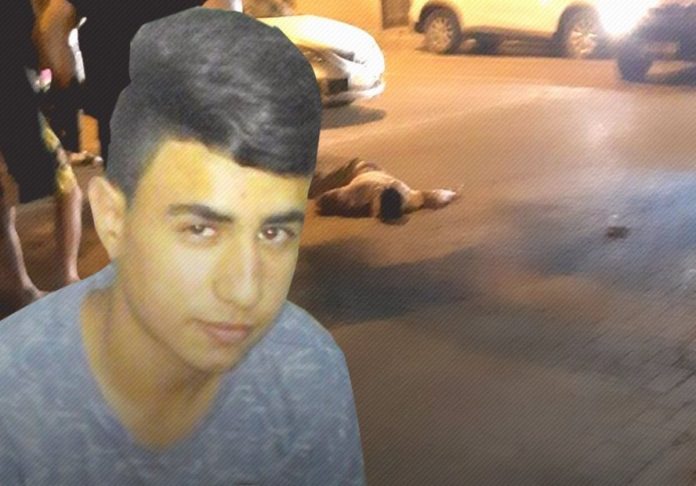 A Palestinian terrorist who murdered a 31-year-old Israeli man near Jerusalem last week has been designated as a “martyr” by the Palestinian Authority, suggesting that his family will be financially rewarded for the attack.

Muhammad Tareq Dar Yusuf, 17, killed Yotam Ovadia — a father of two young children — after sneaking into the West Bank community of Adam on Thursday evening. A 58-year-old man was also seriously wounded during the incident, as was a third victim who sustained light injuries before fatally shooting Yusuf.

The following day, an article in the official PA newspaper Al-Hayat Al-Jadida claimed Yusuf “died as a Martyr,” the Israeli research and advocacy group Palestinian Media Watch (PMW) reported. The same description was used in a Facebook post published that day by the Bethlehem branch of Fatah, the party of PA President Mahmoud Abbas.

Under PA policy, the families of Palestinians who die as “martyrs” — a designation largely given to those killed while attacking Israeli targets — are entitled to a one-time payment of 6,000 shekels (about $1,600), as well as monthly salaries starting at 1,400 shekels (about $380), according to PMW. The monthly allowance increases based on several variables, including the number of wives and children a “martyr” had, as well as whether he was a resident of Jerusalem and/or Israel.

Thousands of Palestinian families in the West Bank, where the average monthly salary is about $650, have benefited from what critics have dubbed the PA’s “pay-to-slay” policy. Among them are Omar Al-Abed al-Jalil from Kobar — the same town Yusuf resided in — who massacred three members of the Solomon family last July as they were celebrating the birth of a new grandson. Yusuf received four life sentences for the crime, making him eligible for the PA’s highest monthly salary.

In total, the PA allocated more than 1.2 billion shekels (about $327 million) to payments for Palestinian prisoners and the families of “martyrs” in its 2017 budget, according to figures released by Israel’s Defense Ministry.

Lawmakers in Washington — which has given the PA more than $5 billion in bilateral assistance since 1994 — sought to force an end to the payments by passing the Taylor Force Act in March. The legislation, which cuts US aid to the PA until Ramallah stops granting salaries to terrorists and their families, was named after a US Army veteran and Vanderbilt University graduate student killed by a Palestinian in Tel Aviv in 2016.

While a similar bill was enacted by the Israeli Knesset earlier this month, PA leaders have rebuffed efforts to stop the practice, with Abbas saying last week, “Even if we only have a penny left, we are going to first put it toward these payments.”