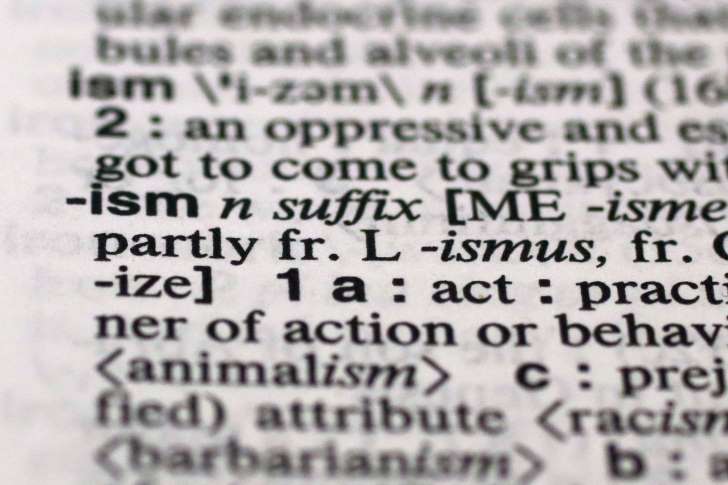 Fascism is poised to join an elite pool of words – among them science, integrity, socialism, bailout, truthiness and the slang interjection “w00t” – that the Merriam-Webster Dictionary has selected as word of the year.

The word fascism, as Merriam-Webster noted on Twitter on Tuesday, is likely to be crowned 2016’s winner. The unusually high interest in its definition over the course of 2016 has propelled it to the fourth-most searched word in the history of the dictionary’s website.

“Guys, 2016 is so bad it made the dictionary sad,” went one reply, capturing the general pathos prompted by Merriam-Webster’s tweet. Within two hours, Merriam-Webster said there was an uptick in searches for flummadiddle, meaning nonsense. Flummadiddle’s only fighting chance against fascism, however, was if “everyone” searched it twice a day for the rest of the year.

The words of the year are more than the “most frequently looked up in the dictionary,” as Merriam-Webster put it in its end-of-2015 announcement. The words also “give us a window into what people are thinking.”

In 2015, people were apparently thinking about the suffix “-ism.” Fascism scored high, but socialism topped the charts. Its popularity spiked after rallies held by self-avowed democratic socialist Bernie Sanders, according to the dictionary.

Likewise, 2008 was the year of the bailout, as well as searches for what “bailout” meant.

This year, words like misogyny and fascism have had huge bursts of interest, particularly after the election. Users looked up fascism at a rate 400 percent higher in 2016 than in 2015, the dictionary said on Nov. 14.

Merriam-Webster was unable to respond to a query from The Washington Post early Friday, to see if the dictionary was so against fascism it would suppress the rules to allow another word to win.

After all, the dictionary altered the selection process in the past. In 2006, the Merriam-Webster introduced an online poll to allow users to submit and vote for the word of the year. That year, the winner was “truthiness,” a joke word coined by Stephen Colbert on “The Colbert Report” in October 2005. Truthiness was followed by 2007’s “w00t,” a victory whoop popular among video-gamers in the mid-2000s; neither w00t nor truthiness was an official inclusion in Merriam-Webster’s dictionary at the time of their victories. The dictionary made the change back to search volume in time for 2008’s bailout.

For the record, Merriam-Webster defines fascism as:

1 A political philosophy, movement, or regime (as that of the Fascisti) that exalts nation and often race above the individual and that stands for a centralized autocratic government headed by a dictatorial leader, severe economic and social regimentation, and forcible suppression of opposition.

2 A tendency toward or actual exercise of strong autocratic or dictatorial control.

If fascism wins, as it seems likely to do, it will round out a cluster of bleak words for the year 2016. Across the pond, the Oxford Dictionaries announced that “post-truth” was this year’s word. As The Washington Post reported in November, the phrase does not mean beyond fact, but rather the sense that objective truth may be less relevant than appeals to emotion or belief. Paranoid occupied the brains at Cambridge Dictionary. And Dictionary.com chose xenophobia – the fear of strangers, foreigners or the alien – as its word of the year.